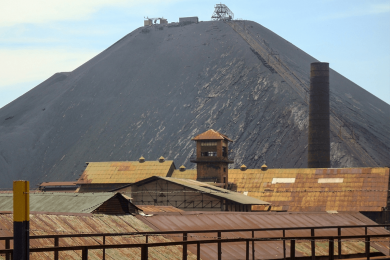 Further to the leader in February’s magazine about the changes being made to Gécamines comes news that the DRC’s Senate this week approved legislation that raises taxes and royalties on metals including copper and cobalt. The Upper House of Congo’s parliament adopted the law which bears many similarities to that put in front of the DRC’s National Assembly in December. Also this week, in Zambia, mining firms were told that they must transport at least 30% of their freight by railway.

Roskill reports that “under the version of the DRC law made public in December, royalties on copper and cobalt would increase from 2% to 3.5%. The Government’s free share in mining projects will rise to 10%. Importantly, however, existing stability clauses may mean companies with valid mining contracts, like Glencore and CMOC, won’t have to comply with most reforms for 10 years. Increased royalty rates will reportedly be applied to all projects immediately. While there are numerous copper/cobalt projects in the DRC, few are at advanced stages. Those that are include ERG’s RTR project and Nzuri Copper’s Kalongwe project. It is not clear whether such projects under development will face new royalties.

“Developments in Zambian freight can be seen as a move by the Government to revive the rail sector. Transport Minister Brian Mushimba has suggested that rail lines currently have a market share of about 5% with the remainder handled by road transport. Mushimba noted that the excessive use of road transport for exports like copper, sugar and cement were damaging roads and increasing maintenance costs. The government has reportedly agreed the new policy with the Zambia Chamber of Mines and mining firms; new rules are set to be enforced from February.”