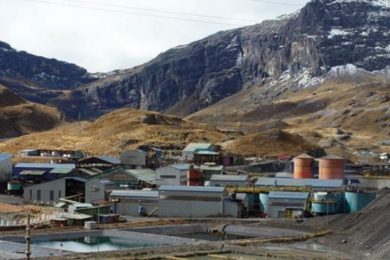 Peru will strengthen its position as one of the top five gold and silver producing countries in the world if it makes the most of the reserves of these two metals identified in its territory, said the National Society of Mining, Oil and Energy (SNMPE).

The non-profit organisation formed by major mining and energy companies operating in Peru reported that the country is currently the leading gold producer in Latin America and the sixth worldwide with an annual production of 153 t; and that, according to studies carried out by the Geological, Mining and Metallurgical Institute of Peru (INGEMMET)*, its reserves of this precious metal are estimated at 244 million fine ounces (6,915 t).

According to the National Society of Mining, Oil and Energy the main gold producing nations are China, Australia, Russia, the United States, Canada and Peru.

As for silver, Peru is the second largest producer in Latin America and in the world, with an annual production of over 4,375 t. Silver reserves are estimated, according to the INGEMMET, at 8,604 million ounces (243,000 t), the SNMPE explained.

After mentioning that the main silver producers worldwide are Mexico, Peru and China, SNMPE said that “the improved metal prices outlook is an incentive to turn the great gold and silver potential into tangible reality, but Peruvians need to work together in order to achieve the conditions that will allow the competitive development of mining in Peru”.

The future of Peruvian and global gold and silver mining will be addressed at the 13th International Gold and Silver Symposium that will be held this year, from May 29 to 31, in the city of Lima.