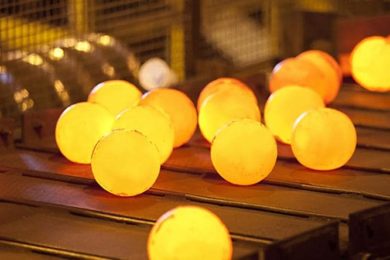 In August 2017, American Industrial Partners, the equity firm which owns global grinding media giant Moly-Cop, announced a definitive agreement by Valmont to sell its Australian mining consumables business Donhad to Moly-Cop. This is only now going through after The Australian Competition and Consumer Commission (ACCC) cleared the deal. Donhad owner Valmont said in its Q1 2018 results announced April 18 that it expected closing of the deal by April 30.

On March 29, the ACCC announced that it would not oppose Moly-Cop’s proposed acquisition of Donhad. “Moly-Cop and Donhad are the only two domestic manufacturers of forged steel grinding media, which are primarily used by the mining industry to crush or grind mineral ore to extract copper, gold and iron. After an extensive inquiry, the ACCC determined Moly-Cop would continue to face competition from suppliers of imported grinding media following the proposed acquisition.”

“Australia’s demand for grinding media is only about 5% of global usage. Spare production capacity worldwide is many times greater than what our industry uses in a year. There are several overseas manufacturers which could increase their supply into Australia and compete locally,” Sims said.

The ACCC consulted with a broad range of customers to understand their options for grinding media and the reasons for the recent increase in imports. “Many customers were concerned about the impact of the proposed acquisition on competition, which made this a difficult decision for the ACCC. However, there was not always a willingness to provide detailed evidence to back up those concerns, and some of these customers already use imports.”

“Based on all the information received, including feedback from customers, internal company documents and data on import quality and transport costs, we concluded that the threat of customers switching to imported grinding media would prevent Moly-Cop from increasing prices or decreasing service levels in a sustainable and meaningful way. Although there were tariffs imposed by the Anti-Dumping Commission on certain steel grinding balls exported from China in 2016, imports have continued to increase.”

“We considered that some of the larger global miners in particular would be able to facilitate further expansion of imports if Moly-Cop were to attempt to increase prices,” Sims said.