B2Gold opens solar plant at Otjikoto mine in Namibia 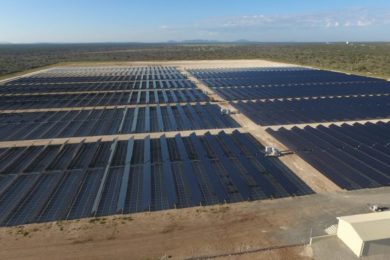 B2Gold has announced that on May 29, 2018, the company celebrated the official opening of the B2Gold Solar Plant at its Otjikoto Mine in Namibia. “The opening of the new solar plant is in-keeping with B2Gold’s ongoing commitment to responsible mining and promoting green energy solutions at its five operating gold mines worldwide.” The Otjikoto Solar Plant is one of the first fully-autonomous hybrid plants in the world and will allow the company to significantly reduce fuel consumption and greenhouse gas emissions from the site’s current 24 MW heavy fuel oil (HFO) power plant. Changing the power plant to an HFO solar hybrid plant is expected to reduce Otjikoto’s HFO consumption by approximately 2.3 million litres and reduce associated power generation fuel costs by approximately 10% in 2018.

In remarks at the official opening of the solar plant, Namibia’s Minister of Mines and Energy, the Honourable Tom Alweendo, said that the plant “will deliver positive economic, environmental and social impacts that are likely to outlive the life of mine. I am also informed that this solar plant will be one of the largest installations of its kind in Namibia. It will serve as a sustainable power solution as B2Gold works to improve economic returns, reduce impacts on the environment and could potentially be a funding source for community development.”

The development of the Otjikoto solar facility reflects B2Gold’s commitment to environmental stewardship and the company’s ongoing goal of reducing its dependence on fossil fuels in favour of cleaner, less expensive power sources. Driven by this goal, B2Gold embarked upon a detailed financial feasibility study early in 2016 to determine the financial viability of adding a 7 MW solar plant to Otjikoto’s energy portfolio. Based on the results of this study, the project was approved in October 2016 with an estimated project cost of $8.5 million. Otjikoto’s solar plant commenced full commissioning in early April 2018, on schedule and on budget.

Bill Lytle, Senior Vice President, Operations, said that a key mandate for B2Gold is to always leave the region and communities where B2Gold operates better off as a result of B2Gold’s investment. “B2Gold firmly believes that a successfully-run, responsible mining company can truly add value and leave a positive legacy to the local communities and environment by generating sustainable socio-economic and environmental benefits.” B2Gold is considering whether a further innovative use of the solar plant could be as an income-generating asset after the mine closes. Funds generated by this asset could be used to support ongoing Corporate Social Responsibility activities in the region long after the mine has shut down. The Otjikoto Solar Plant project was championed by Mark Dawe, B2Gold’s Namibia Country Manager, and his management team. 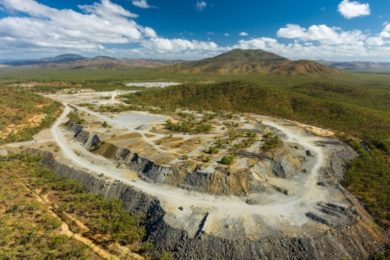 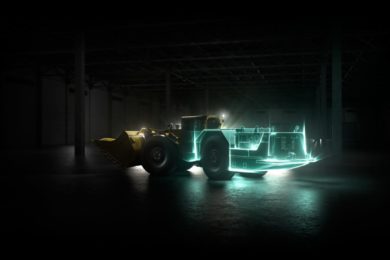 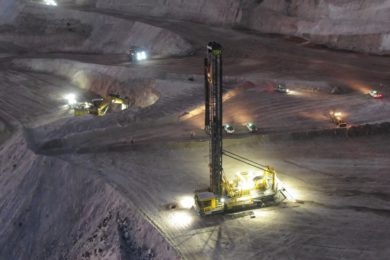