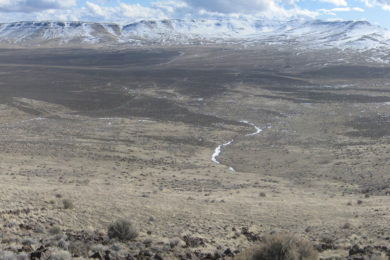 The month of June saw the advance of lithium clay operations in Nevada, USA. Lithium Americas announced the release of a PFS for the Thacker Pass project (previously known as the Kings Valley project) and Australian company Jindalee Resources acquired the McDermitt project on the Oregon-Nevada border. The PFS published by Lithium Americas evaluates the construction and commissioning of a 60,000 t/y LCE operation. The facilities are to be built in two stages and the project could have a 46-year mine life. Meanwhile, the McDermitt project supplements Jindalee Resources’ other lithium clay project in Nevada ‘Clayton North’.

Roskill’s view is that “the Thacker Pass project can be considered the most advanced lithium clay project in Nevada in terms of development, but there are numerous clay deposits being explored in the state for potential lithium extraction. The commercial scale production of lithium from clays is yet to be realised, which has, in the past, discouraged potential financers, who have favoured ‘lower-risk’ investments in lithium mineral or brine projects. The re-assessment of the processing method in the Thacker Pass PFS, focussing on more conventional and readily-available equipment, puts to rest some concerns over potential metallurgical set-backs at the project. As has been observed at other lithium operations in the past, however, there may well be future challenges in critical areas.

“The prospects for lithium clay projects remain optimistic at present as they exhibit some advantages over both lithium brine and mineral operations, though further studies and test-work will undoubtedly by required to remove uncertainties over their commercial scale development.”