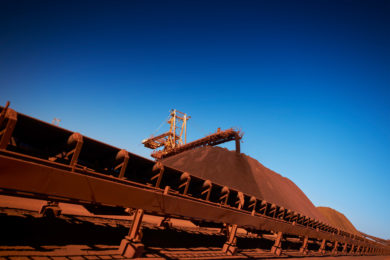 The award follows on from the engineer and mining services contractor conducting a constructability and estimate review desktop study for South Flank earlier this year. This study, in addition to others carried out concurrently, led to the miner approving the South Flank development in June.

“We are pleased to be working with BHP on South Flank and look forward to this early involvement in the project translating into further works,” he said.

WestStar Industrial Limited, which counts SIMPEC as a subsidiary, said the total value of the two BHP orders came in at around A$450,000.

South Flank is expected to cost US$3.4 billion to build and will fully replace production from the 80 million tonne per annum Yandi mine which is reaching the end of its economic life.

The project, owned 85% by BHP and 15% by ITOCHU Minerals and Energy of Australia and Mitsui Iron Ore Corp, expands the existing infrastructure at BHP’s majority-owned Mining Area C, and involves construction of an 80Mtpa crushing and screening plant, an overland conveyor system, stockyard and train loading facilities, procurement of new mining fleet and substantial mine development and pre-strip work.

First ore from South Flank is expected in 2021, with the project expected to run for more than 25 years. The project is geared towards boosting the average iron grade at BHP’s Western Australia iron ore operations from 61% to 62%, with production of in-demand lump ore going from 25% to 35%.