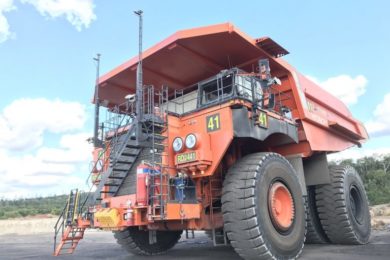 Confirming officially what was first published in IM earlier this year, Hitachi Construction Machinery Co Ltd has announced an agreement with Australia’s largest independent coal miner, Whitehaven Coal to collaborate on the design and implementation of an Autonomous Haulage System (AHS) to support the company’s mining operations in North West New South Wales.

Whitehaven has previously announced plans to operate an autonomous fleet at its Maules Creek coal mine. Autonomous haulage systems have been shown to significantly reduce human exposure to  safety hazards and critical risk scenarios as well as contribute to better mine efficiency overall.

“The agreement announced today is a major step forward in the penetration of AHS technologies in the Australian market and puts Whitehaven and Hitachi Construction Machinery at the forefront of innovations in this area in the NSW coal mining sector.”

The collaboration between the two companies will entail scoping the delivery and commissioning of phased AHS deployment for the fleet of Hitachi EH5000AC3 trucks at Maules Creek and the establishment of the physical and technological infrastructure to support AHS capability.

The Hitachi Construction Machinery Group will deliver Hitachi AHS as one of the core components of the company’s “Solution Linkage” initiative, partnering with our mining customers across the world.

Hitachi AHS is designed with the base concepts of “Scalability”, “Flexibility” and “Agility.” Proven technologies from Hitachi Group products to AHS are: