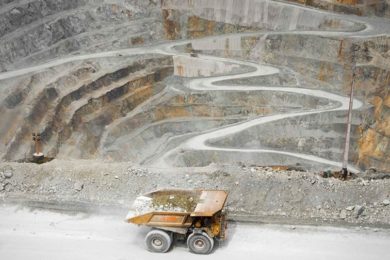 Rio Tinto has agreed to sell its interest in the prolific Grasberg copper-gold mine in Indonesia for $3.5 billion, with state-owned mining company PT Indonesia Asahan Aluminium the buyer.

The non-binding agreement between Rio, Inalum and majority owner Freeport McMoRan will see Inalum pay $3.5 billion for Rio’s right to 40% of production from Grasberg above a pre-agreed level. In 2017, with Grasberg producing 468,000 tonnes of copper, Rio’s share amounted to 5,700 t.

Post 2022, the agreement would have seen 40% of “all production” go to Rio, according to the company.

Separately, the agreement between the three companies sets out a long-awaited proposed transaction between Freeport and Inalum for the latter to buy an additional stake in Grasberg as well as additional terms relating to the future ownership and operation of the mine in Papua province. Many of those details have yet to be disclosed.

“All parties have committed to work towards agreeing and signing binding agreements before the end of the second half of 2018,” Rio said.

The deal is part of the government of Indonesia’s attempts to control a bigger portion of its mineral resources, with Freeport being the jewel in its crown. In recent years, it has installed raw material export bans and encouraged foreign operators to set up in-country processing facilities in attempts to retain more of its mineral wealth.

Until the deal is done, Grasberg is majority owned by Freeport, which holds a 90.64% interest, and the government of Indonesia, which owns the remaining 9.36%. Bloomberg reports that Freeport will pocket $350 million as part of a deal to cede majority ownership of the mine to Inalum.