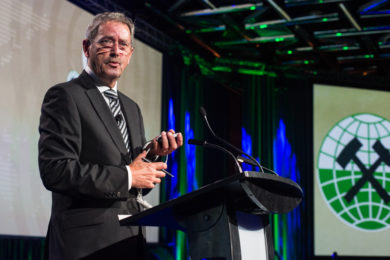 Dr. Malcolm Scoble is a Professor at the University of British Columbia specialising in surface and underground mine design and planning: mine-mill integration: occupational health and safety: sustainable mining and mining with communities. He is nominated as much for all the mining engineers he has inspired over the decades as for his own many achievements.

Malcolm Scoble holds a B.Sc. in Mining from the Camborne School of Mines, UK, an M.Sc. in Mining Geology and Exploration from Leicester University, UK, and a Ph.D. in Rock Mechanics from Nottingham University, UK, where he was also a lecturer and was tutor to John Chadwick, International Mining’s Founder.

While working for the Hudson Bay Mining and Smelting Co (HBM+S) in Canada Malcolm was involved in the formation of the company’s first computer group. He was trained by IBM as a systems analyst, and started to apply himself to developing mainframe computer applications for the mines.

He was Director of the Mining Engineering Program at McGill University in Montreal for nine years, and holder of the endowed Webster Chair in Mining Engineering from 1990 through 1997. He was associated with the establishment of the Cooperative Program in Mining Engineering (the first Co-op degree at McGill). Over the years at McGill, much of his mining automation research efforts were in collaboration with Inco Ltd and Laurentian University in Sudbury. In 1996, he was appointed Adjunct Professor in the School of Engineering at Laurentian University in Sudbury. He also acted as Director and Secretary-Treasurer of McGill’s Small Mining International (SMI), a non-profit organization serving artisanal mining in developing countries.

He has held terms as the Head of the Mining Departments at both McGill and UBC. His teaching and research evolved over his career from surface and underground mining technology to mining automation. In the last decade, however, he has been devoted to promoting Sustainable Mining with its communities.

Malcolm’s teaching has focused mainly on aspects of mine planning and design, automation, IT and geomechanics. His research evolved from surface and underground rock mechanics, to mine automation, and more recently to sustainable development and mining communities. To date he has supervised 32 PhD and 29 Master’s research students to completion.