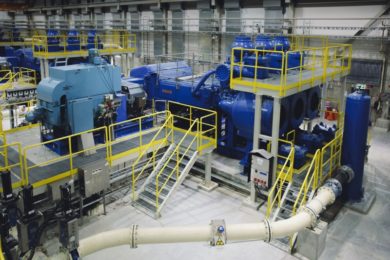 Weir Minerals clocked a solid performance in the first half of 2018 and was ably supported by strong demand for new equipment and aftermarket services from its Minerals division.

The company’s orders from continuing operations (minus its Flow Control division) were up 20% year-on-year in the six month period at £1.17 billion, while operating profit jumped 38% to £160 million.

While its Minerals division performed well, its Oil & Gas division topped it with a 35% year-on-year order jump to £438 million as North American upstream oil and gas markets grew strongly.

The pipeline of new projects continued to increase driven by good long-term fundamentals for commodities such as copper, gold and lithium, the company said.

Weir said its early investment in deploying more engineers to customer sites to help miners improve productivity had continued to support strong order growth in the first six months of the year with sales from integrated solutions, which leverage the division’s portfolio of premium products, delivering around £50 million in additional orders. Weir noted engineers completed 374 site audits in the period.

“The division also continued to grow market share through its successful trials programme that sees it go head to head with competitor products to demonstrate the superior performance of Weir equipment,” the company said.

The first half also saw the opening of additional service centres in Zambia, Chile and Peru to further extend Weir’s service network.

Weir’s technology programmes focused on continuous improvement in the division’s core products while also developing its Synertrex® IoT solution. Weir said full commercialisation of this technology in mining markets was planned for the second half of the year.

After the end of the quarter, Weir completed the acquisition of Esco Corp in a deal that came with an enterprise value of $1.29 billion.