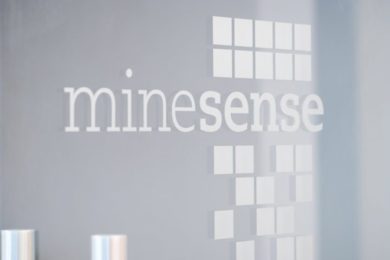 The $18 million oversubscribed financing will be used to help commercialise the company’s digital offering and expand into key mining regions worldwide, MineSense said.

MineSense calls itself a pioneer in Industrial Internet of Things solutions, with its fast, scalable, and robust mineral sensing platform creating “transformational value by providing precise, accurate, real-time grade control and ore routing decisions at the point of extraction for maximum resource conversion and metal recovery”.

This technology can also reduce CO2 emissions and the consumption of wear materials, energy, water and reagents during the whole mining process, according to the company.

This is the second time Cat has invested in MineSense, with Cat’s Director of Mining Technology, Jim Hawkins, saying such technology could have a significant impact on the bottom line for mining companies.

“We are very pleased with the progress MineSense has made in the last 18 months to introduce its innovative technology and are excited to support the company into the next stage,” he said.

Mitsubishi Corp has provided support to MineSense since its late 2017 $4 million debt investment, converted to equity in this round, while this is a first investment for ABB’s strategic venture capital unit.

Brandon Spencer, Managing Director of Business Unit Process Industries at ABB, said the company was excited by the direct impact the MineSense technology may provide to its customers.

The British Columbia-based company says its system is the only one that can work with run-of-mine at “commercially relevant throughput”.

The MineSense ShovelSense™ system is designed for extreme environment conditions and to be easily retrofittable on any existing mobile equipment. The system comes equipped with a human machine interface that provides the operator with full information, including the ore type, within each dig cycle. It can also connect directly to fleet management or other existing control software systems.

The main application of ShovelSense is at the open-pit dig face or underground hauling point. It is equally effective working in stockpiles and in blending where mobile equipment is used, MineSense says.

Teck partnered with MineSense for the first full scale trial of the bucket-mounted ShovelSense technology in 2017 at its Highland Valley Copper Operations in British Columbia. The sensors are now in use on one shovel, and additional shovels could be considered for later in 2018.

MineSense’s BeltSense™ system can be operated in bulk, semi-bulk or particle sorting mode. Its typical use is post primary crushing prior to the mill, but it also has mill applications such as in the pebble circuit. BeltSense is also highly effective in blending operations, according to the company.

BeltSense can be used sequentially and in conjunction with ShovelSense to maximise the ore concentrating impact, taking a first cut at the haul point and second further downstream.

In addition to this recent financing, MineSense closed a $19 million equity deal in February 2017.