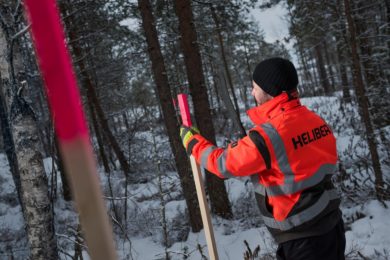 Keliber Oy has come in under the radar, proving up the most advanced lithium exploration project in Europe, according to CEO Pertti Lamberg.

The project in the Central Ostrobothnian lithium province of Finland is now at the offtake and financing stage, having published a definitive feasibility study back in June. If all goes according to plan, construction could start next year and it could be producing either a battery-grade carbonate or hydroxide product in 2020.

The deposit was discovered all the way back in 1956, but interest in developing the asset only started in the past two years as the electric vehicle demand dynamic established itself.

Lamberg said on day one of the Finland Mine Safari event for analysts and investors that the company plans to mine spodumene ore from both open pit and underground at the project, with the 7.4 Mt at 1.04% Li2O reserve base providing 13 years of operations at a mining rate of 570,000 t/y.

This would translate to some 112,000 t/y of 4.5-6% Li2O spodumene concentrate, which the DFS estimated being processed into 10,745 t/y of battery grade lithium carbonate from a plant in the Kokkola Industrial Park on the west of the country.

The DFS envisaged another seven years of operation after year 13, with the plant processing spodumene concentrates from third parties.

Total capital expenditure is pegged at €255 million ($293 million) while the post-tax NPV (8% discount rate) is expected to come in at €295 million. Lamberg indicated that changing the final product to hydroxide would involve only “small” changes to the envisaged process – possibly the use of a bigger plant – but the total operating cost of €4,866/t (including purchased spodumene concentrate) was likely to decrease.

One of the more interesting features of the project is the processing route. Instead of conventional sulphide roasting route to produce a carbonate, Keliber plans to use Outotec’s soda leaching process.

This comes after conventional spodumene concentration and conversion of alpha to beta spodumene in a rotary kiln.

Lamberg said this is a “simple process, has less stages (than sulphide roasting) and gives a very clean product”. The company has proven this at pilot scale and estimates it can produce a >99.5% lithium carbonate at commercial scale.

Sons of Gwalia previously used soda leaching at the biggest lithium hard-rock mine in the world, Greenbushes (now owned by the Talison Lithium joint venture), in the 1980s, but this was in a “batch mode”, according to Lamberg. Keliber’s use will be in continuous mode, he said.

He said the Geological Survey of Finland had recently indicated there could be at least 10 times more lithium in the country, with much of this coming in and around Central Ostrobothnian.