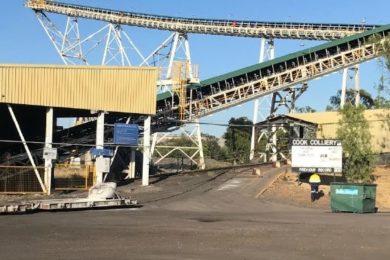 MACA is about to start work on Wealth Mining’s Bluff coal project in the Bowen Basin of Queensland after being chosen as the main contract miner.

The contractor will carry out all open-pit mining activities including planning, procurement, management and supervision, load and haul, drill and blast, and water management at the project, with the agreement expected to generate some A$700 million ($507 million) in revenue over the 10-year mine life.

MACA said the project will broaden its commodity exposure and geographical footprint, while allowing it to use larger fleet classes including 350 t excavators and 220 t and 180 t dump trucks. The fleet is expected to be a mix of acquired and hired equipment with MACA estimating capital expenditure of A$45 million.

Bluff, which was acquired by current owner Wealth Mining via its takeover of Carabella Resources in February 2014, will produce around 12 Mt/y of pulverised coal injection product. Coal will be processed with existing infrastructure at the Cook colliery (pictured), which was recently acquired and recommissioned by the Bounty Mining Group and has readily available port and rail access.

The project has a granted mining lease in place together with environmental authority approval.

Contract works will start in the December quarter with first coal expected to be produced in the March quarter of 2019.

“The project will be an ‘Alliance’ style contract aimed at delivering the lowest possible cost to our client,” MACA said. Employee numbers are expected to total 140 people.

MACA will finance the drop cut to first coal and other minor project works via a secured working capital facility of A$25 million. The contract takes the company’s work in hand position to A$1.982 billion and leaves it on track to hit revenue guidance of A$620 million for the full financial year to end-June 2019.