Shanta Gold speeds ahead at Ilunga underground development in Tanzania 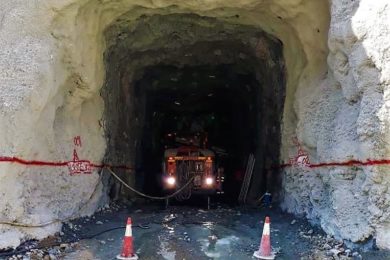 Shanta Gold has carried out the portal blast for its Ilunga underground development in Tanzania, three months ahead of schedule.

The company now expects to produce first ore from the project in mid-2019, becoming the third active source of gold in its New Luika operations.

Shanta views Ilunga as a high-grade production option in Tanzania, with the potential to contribute up to 25,000 t/month of ore and an average 20,000 oz per planned level of development.

The company previously moved development forward 12 months after the project showed off a “compelling business case”, Shanta said. This included a very low capital intensity of $75/oz (pre-production) and a pre-tax internal rate of return of 129% at a gold price of $1,200 /oz.

In addition to providing a new production base, the development of an underground mine at Ilunga will give the company infrastructure to drill off some exploration targets.

This exploration drilling, which also includes underground work at the Bauhnia Creek deposit (part of New Luika), will see the company target, at least, the replacement of reserves on an ongoing basis.