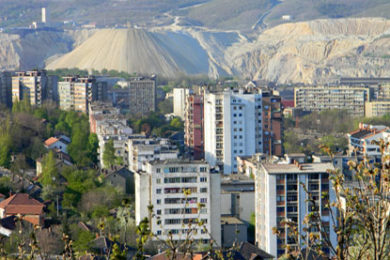 Copper Investing News reports “Zijin Mining has emerged as the winning bidder for a partnership in the RTB Bor copper complex in Serbia.The Serbian Minister for Mines And Energy Aleksander Antic said that Zijin’s bid had been for $1.26 billion in investment in the neglected complex, and another $200 million to settle RTB Bor’s debts and to retain all 5,000 workers currently employed.

“In return, Zijin will receive a 63% stake, with the Serbian government retaining the balance. The share of ownership had been a negotiable part of the bids, with no minimum for Belgrade to hold on to announced.”

When the tender was announced, the government stipulated that only bids from companies with at least 10 years of continuous experience in copper or precious metals mining, and with a minimum of $500 million in sales revenue in the past 12 months, would be considered.

Serbian Prime Minister Ana Brnabic also said that in addition to the prerequisits to qualify, the government was seeking a partner that would ensure no jobs are lost at the complex (which Zijin has committed to) and that production over the next five years will increase “between three and four times.”

The funds to improve production are already earmarked in the $1.26 billion, with $320 million to develop a new copper mine in the complex. Another $135 million will go towards environmental remediation works.

Last Friday, Antic said that RTB Bor was expected to double production to 80,000 t/y over three years in the partnership with Zijin, and production would increase again over the next five years to 120-150,000 t.

Bor Copper Mines comprises two open-pit copper mines (Veliki Krivelj and Cerovo) and one underground mine (Jama). A third mine, Majdanpek delivered first concentrate to Bor in June 1961. There are two concentrators in Krivelj and Bor, one non-metal open pit and lime production plant in Zagradje) and exploration potential.