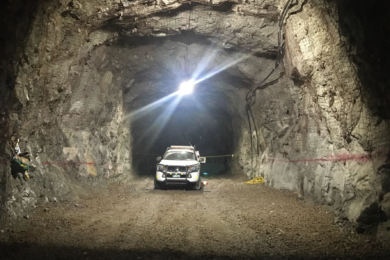 Torex Gold Resources has completed an updated Technical Report (TR) including a life of mine plan (LOM) for its producing El Limon Guajes (ELG) mines, that has increased average annual gold production to 430,000 oz/y, from 2019 to 2023. The TR also contains an updated Media Luna PEA, with an after-tax NPV (5%) of $582 million, and an after-tax IRR of 27%.  For purposes of illustration, the TR includes a Media Luna design using a conceptual new underground mining technology that Torex is developing.  The new technology, called the Muckahi Mining System, shows the potential to increase the Media Luna project, NPV by $197 million.  If proven, the Muckahi technology could be applicable to many other underground deposits.

Fred Stanford, President and CEO of Torex stated: “With the ELG, ramp-up to steady state nearing completion, this TR incorporates the ramp-up learnings and illustrates that ELG is an asset that produces in the lowest quartile of all in sustaining costs per ounce.  The TR also lays out the ground work for growth through the ELG Underground (ELG UG) mine and Media Luna deposit, and through the advancement of the conceptual Muckahi technology.

The updated Media Luna PEA delivers a healthy after-tax IRR of 27%, and an NPV (5%) of $582 million.  The CAPEX estimate is similar to the 2015 estimate, with costs updated to reflect the changes in design and three years of inflation.  Additional metallurgical test work is underway with the intention of demonstrating that metal recoveries can be increased.  Infill drilling is ongoing for this project, with the objective of upgrading 1.85 million of the 7.4 oz Inferred Au Eq (25%), to the Indicated confidence category.

As expected, Muckahi illustrates a potential for material improvement over conventional mining technologies.  Using Media Luna as a demonstration example, the study indicates that using Muckahi produces an improvement of 19% in after-tax IRR from 27% to 46%. (30% less underground mining capital, 20% less mine operating cost, and 60% reduction in time to achieve commercial production.)  After many years of thought and design effort, the Muckahi Mining System is now shifting to the underground testing phase.  Manufacturing of the first of the prototype machines is underway, testing underground is scheduled to commence in Q1/19.  Torex looks forward to having a proof of concept before the Media Luna feasibility study work requires a commitment to mining method.

Torex is an intermediate gold producer based in Canada, engaged in the exploration, development and operation of its 100% owned Morelos gold property, an area of 29,000 ha in the highly prospective Guerrero Gold Belt located 180 km southwest of Mexico City. The principal assets are the El Limón Guajes mining complex, comprised of the El Limón, Guajes and El Limón Sur open pits, the El Limón Guajes underground mine including zones referred to as Sub-Sill and El Limón Deep, and the processing plant and related infrastructure, which is in the commercial production stage as of April 1, 2016, and the Media Luna deposit, which is an early stage development project. The property remains 75% unexplored.