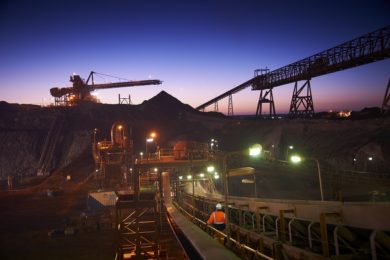 Helsinki-based Konecranes has recently been working with BHP to breathe new life into the cranes operating at the major miner’s Olympic Dam copper-gold-uranium operation in South Australia.

The company has replaced ageing cranes, in addition to carrying out inspections on existing installations, to ensure BHP can continue with its existing production profile, if not increase the tonnages in future years.

The crane replacement was part of a more than A$600 million ($430 million) spend during BHP’s 2018 financial year to the end of June to prolong the mine’s life. This included an underground mine expansion and a major smelter programme, among other investments.

Olympic Dam, which is is the fourth largest copper deposit and the largest known single deposit of uranium in the world, relies on overhead cranes for lifting different reagents as part of its production process, as well as performing vital maintenance tasks, according to Konecranes.

Scott Montgomerie, BHP Supervisor, Floats Maintenance Execution, Olympic Dam, Minerals Australia, said the company’s ageing fleet of cranes were affecting operations at the mine prior to the revamp.

“The old cranes were getting near their end-of-life – about 25 years old – so they were breaking down frequently and causing us downtime and production losses. Konecranes provided us with some great replacement options, and were flexible in their approach as well as always having the technical expertise to solve any unique challenges that arose,” he said.

Konecranes safety inspections are designed to assess the remaining life of cranes and determine whether it is safer and more cost-effective to replace a crane, repair it, or perform a modernisation, the company says.

Jeevan Pattian, Northwest Service, Konecranes Australia and New Zealand, said: “In addition to safety and compliance, our inspections can also identify areas where gains in productivity can be realised.”

Pattian, who oversaw the BHP Olympic Dam inspections and new crane delivery processes, said the company is always looking out for tailored customer solutions, with the Olympic Dam installations being no different. 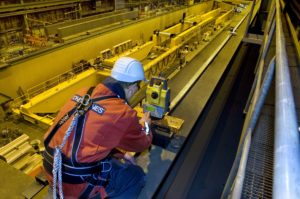 The latest Konecranes CLX chain hoists, of the type to be used at Olympic dam, incorporate a longer lifetime, with up to 1,600 hours on most models with a full load, and a durable aluminium construction, according to Konecranes.

Durability of the lift chain is a key element in the CLX’s design for service.

The CLX’s transmission increases the speed ratio between low and fast speeds, with the new 6:1 ratio enabling a safe and accurate installation speed and an extremely fast movement speed.

“The wider speed range makes the CLX chain hoist 25% faster than its predecessor, which helps speed up the work cycle and improves work efficiency,” the company said.

The hoist also benefits from increased safety functions. For example, the brake and the clutch have been installed on the same axle to prevent the load from dropping even if the clutch breaks down.

They also use the latest technology for improved load accuracy, versatility and ease of use – “making them the industry leader in medium-heavy indoor cranes”, Konecranes says.

The CXT can lift up to 80 t, depending on the model, with the new reeving system extending the lifetime of the ropes by as much as 40%.

The cranes also benefit from an adaptive speed range on light to medium lifting applications and an extended speed range on heavy to very heavy lifting.

This allows for very slow speeds – important in the moment of load lift-off and lowering – and the ability to lift up to 50% faster than traditional hoisting control, Konecranes said.