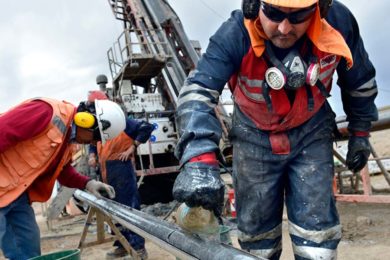 Thiess will continue to provide mining services for another four years as part of the contract with a scope of works comprised of drilling, load and haul, mobile equipment maintenance and mine services.

The original 2015 contract with AMSA was Thiess’ first in South America.

Douglas Thompson, CIMIC Group Executive Mining and Mineral Processing and Thiess Managing Director, said: “Since commencing operations in 2015, we have moved over 70 million cubic metres, a first for Thiess in South America. This has been possible through the team’s focus on efficiency and productivity and working collaboratively with our client.”

Planned future improvements at the mine include investment in maintenance infrastructure, a fleet management system and transfer to Thiess of short-term mine planning responsibilities, CIMIC said.

Earlier this month, the Thiess Centinela operation was announced as winners of the ‘National Geology and Mining Service Award’ for safety performance by the Chilean government.

The Encuentro Oxides deposit came into production at AMSA’s Centinela mine in the last quarter of 2017. It is expected to produce an average of approximately 43,000 t/y of copper cathode over an eight-year period, using the existing capacity at Centinela’s SX-EW plant.