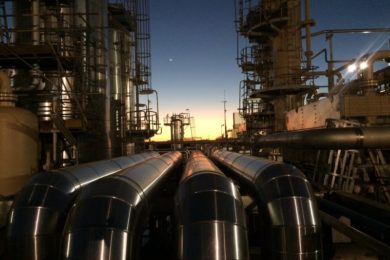 Miners in the Mount Isa region of Queensland, Australia, look set to benefit from a new supply of power, after energy infrastructure company, Jemena, signed a transportation contract with Australia power producer, Santos, to ship gas across the new Northern Gas Pipeline (NGP).

The contract, which means around 80% of the NGP’s total available capacity in year one is spoken for, will see Jemena ship around 8 TJ/d of gas across the 622 km pipeline.

The A$800 million ($580 million) NGP, which will connect Tennant Creek in the Northern Territory with Mount Isa in Queensland, is still in construction. First gas from the 92 TJ/d facility is scheduled to flow in late 2018.

The agreement with Santos comes after Jemena announced it had signed a contract with Incitec Pivot Limited (IPL) to deliver 32 TJ/d of gas to IPL’s Gibson Island facility in Queensland. This facility makes up one half of IPL’s Brisbane operations (the other being its Pinkenba site), which produce ammonia, urea, CO2 as well as granulated fertiliser products.

“This agreement provides more much-needed gas to the mining and processing sector in the Mount Isa area, and is a positive for the local community, who will benefit not only from jobs which rely on gas as a direct feedstock, but from the flow-on effects of having a vibrant local economy and industry,” he said.