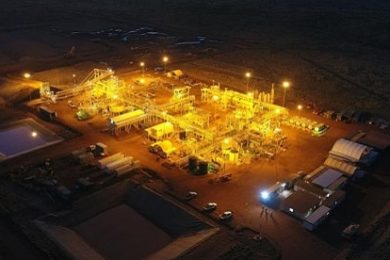 Both the beneficiation and hydrometallurgical circuits having now been load commissioned, the focus for commissioning will now be to progress to steady continuous operation of these circuits.

Northern Minerals’ Managing Director and CEO, George Bauk, said “It is yet another significant milestone for Northern Minerals and the Browns Range project. This is the first production of rare earth carbonate from xenotime ore outside China and represents a new global source of product. Commissioning is progressing well and we look forward to the next milestone being the first shipment of product to our customers.”

Northern Minerals is progressing the commissioning of the Browns Range heavy rare earth pilot plant project in northern Western Australia. Through the development of this flagship project, Northern Minerals aims to be the first significant world producer of dysprosium outside of China. The project is 100% owned by Northern Minerals and has several deposits and prospects containing high value dysprosium and other HREs, hosted in xenotime mineralisation.

Dysprosium is an essential ingredient in the production of DyNdFeB (dysprosium neodymium iron-boron) magnets used in clean energy and high technology solutions. The three-year R&D pilot plant project has commenced first production of heavy rare earth carbonate. Its development provides the opportunity to gain production experience, surety of supply for offtake partner and assess the economic and technical feasibility of the larger full-scale development.