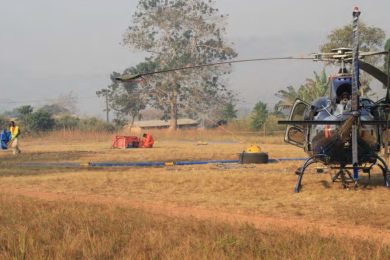 Capital Drilling has been awarded a contract with Canada-based Sama Resources at its Yepleu base and platinum group metal deposit in Côte d’Ivoire.

Drilling is anticipated to commence in November with the initial programme being 6,000 m of diamond core drilling, targeting semi-massive and massive polymetallic sulphide targets for nickel-copper-cobalt-palladium between 600 m and 900 m from surface.

The contract is Capital Drilling’s first in the country following its strategic expansion into West Africa where the company now has 31 rigs – a third of its fleet.

“This contract will initially utilise two diamond drill rigs, sourced from the group’s base in Yamoussoukro, which was established in H1 2018 as part of the group’s strategic growth focus into the West African market,” the company said.

Commenting on the contract, Jamie Boyton, Executive Chairman, said: “It is very pleasing to see our increased presence in the high-growth West African region continue to deliver results and we look forward to starting our first contract in Côte d’Ivoire.

“With the increased fleet and new infrastructure in place, we are well positioned to continue to secure additional work in the country in the future.”

“It is at the Yepleu area that Sama made the first discovery of nickel-copper sulphide mineralisation at surface in West Africa with material grading up to 1.39% Ni and 2.26% Cu sulphide (tested using a hand held Niton XRF analyser),” the exploration company said.