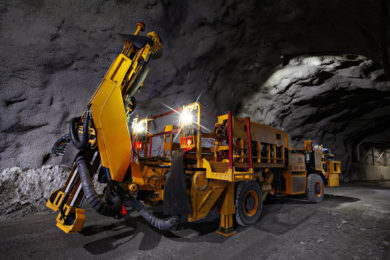 Those watching the all-electric Borden gold project in Ontario, Canada, will have been pleased with the takeaways from Goldcorp’s latest financial results.

The company said early results from the bulk sample were confirming the geological model and all operating permits were expected to be obtained by the end of 2018.

All of this indicated Goldcorp could increase the pace of development of the project, as well as construction of the remaining critical mine infrastructure including a ventilation raise and secondary egress, meaning the mine could be in production somewhat earlier than expected.

On the benefits of the project itself, Goldcorp said: “With an all-electric underground mine operation, it is estimated that operating costs will be reduced by over C$9 million ($6.9 million) per year due to the elimination of approximately two million litres of diesel fuel, and with reduced ventilation needs, a decrease of approximately 32,000 MWh of electricity and a corresponding decrease in propane required to heat the ventilation.”

As well, a reduction in annual greenhouse gas emissions of more than 7,000 t, or 70%, over a baseline mine is expected, according to the company.

Based on these numbers, it is hardly surprising the Government of Ontario has agreed to invest C$5 million into the deployment of the all-electric fleet through its target greenhouse gas programme.

The fleet is composed of state of the art mining equipment, including Sandvik DD422IE automated battery/electric jumbos and MacLean Engineering 975 Omnia Bolter battery bolters as well as Sandvik LH514E electric LHDs. All services vehicles are electrified, including a conventional Caterpillar 12M3 grader which was converted into a battery-operated unit by MEDATECH Engineering.

The project, which currently has 950,000 oz of reserves, is scheduled to begin commercial production in the second half of 2019.