Eldorado Gold to spend $520 million on Kisladag mill in Turkey 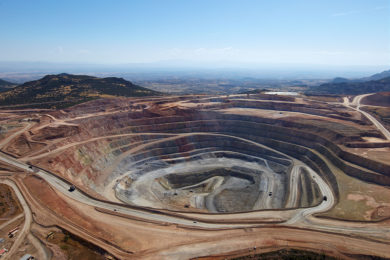 The board of directors of Eldorado Gold have given the go ahead to build a mill at the Kisladag gold mine in Turkey, as the operation transitions away from its heap leaching roots.

The Mill Project is expected to cost $520 million, including $384 million for the mill, $75 million for pre-stripping, and $61 million in contingency and growth allowance.

Reserves of 3 Moz grading 0.81 g/t Au, accounting for depletion over the first four months of 2018, support a nine-year mine life with average annual production of 270,000 oz of gold at an all in sustaining cost of $793/oz, according to Eldorado.

Production at the Kisladag heap leach operation came in at 34,070 oz in the September quarter, marginally lower year-on-year. No additional ore has been placed on the heap leach pad since April 2018.

The project comes with an estimated after-tax net present value (5% discount rate) of $392 million and a payback period of 3.9 years, all at an assumed gold price of $1,300/oz.

The mill is expected to begin commissioning activities in late 2020, with production expected in the first half of 2021.