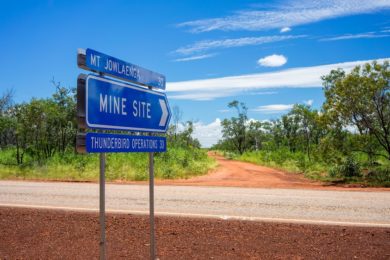 “We are now able to provide up to 100% of the debt finance for a project – up from 50% previously, and we can now also consider smaller projects below A$50 million ($35 million) in value, where they meet other criteria,” Ross said.

Since its establishment in 2016, the NAIF has grown its portfolio. It has moved from having five projects in due diligence in 2017 to making investment decisions on six projects in the last financial year.

“Our loan portfolio now stands at A$264 million, on Northern Australian projects valued at A$969 million,” Ross said.

“In addition, we have another A$750 million of loans that are conditionally approved. In total, the NAIF expects to soon be supporting projects valued at A$2.3 billion, which will provide thousands of jobs in Northern Australia and deliver long-term benefits for the region.”

As might be expected in Northern Australia, resource projects feature prominently in the NAIF portfolio. Since June 2017 a third of the projects considered for due diligence by the fund have been resources-related.

Of the six projects sanctioned, three are resource related.

The NAIF has also signed off on a A$95 million facility for the Onslow Marine Supply Base, and A$15 million for the upgrade of the Pippingarra Road, a 70 km public road to access the Pilgangoora lithium-tantalum mine being developed by Pilbara Minerals, near Port Hedland.

Ross said as word spread of the NAIF’s capacity, project enquiries were increasing. The NAIF has experienced a 320% increase in projects undergoing due diligence since September 2017.

Apart from being an infrastructure project in Australia’s north, to secure NAIF support a project must also have the capacity to repay or re-finance on commercial terms, be of public benefit, and demonstrate it has an effective indigenous engagement strategy.