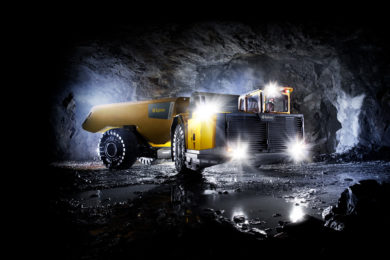 Canada and Australia-focused Kirkland Lake Gold has helped Epiroc become one of the leaders in the underground battery-electric mining equipment market, Richard Riach, Global Senior Project Manager for the OEM, said at the company’s Power Change Days event in Örebro, Sweden, on Wednesday.

The miner currently has some 33 battery-electric vehicles running around underground at its Macassa mine in Ontario, Canada, 14 of which are Epiroc machines. Overall, some 75-80% of the company’s haul and load operations are carried out by battery-electric equipment, he said.

Based on those numbers, the miner is one of the leaders in the field of battery-electric adoption underground, as well as a key partner for Epiroc.

“They’ve been the people that have helped us develop the products we have today,” Riach said.

The benefits haven’t all been one way.

Riach said Kirkland Lake had witnessed just a 2°C increase in the underground environment during the battery-electric mucking cycle with LHDs and trucks at Macassa, compared with an 8°C increase using the diesel equivalent.

Vibration and noise emissions have fallen, while operators are less tired at the end of a shift – a tell-tale sign of operating with heavy polluting diesel equipment. The amount of dust circulating around the workings has also dropped.

Riach, who formerly worked for Vale in Sudbury, said Epiroc’s development timeline for battery-electric machinery started all the way back in 2012. The first Scooptram ST7 Battery was produced in 2013 before a 2014 machine trial with Goldcorp’s Red Lake mines department. The Minetruck MT2010 then came along in 2015.

While the company will start to roll out these products from next year – IM understands at least one piece of the second-generation machinery will go to Agnico Eagle Mines’ Kittila gold operation in Finland as part of the SIMS (Sustainable Intelligent Mining Systems) project – it already has its sights on more products.

There is also a target to roll out battery-electric equipment across its entire underground fleet within the next five years.

And about the potential for retrofitting, Erik Svedlund, Global Marketing Manager – Electrification, Epiroc, said the company was carrying out studies to do exactly this. This could lead to the retrofitting of battery-electric technology on Epiroc diesel equipment and, even more interesting, other OEM’s machines.

The company would not have been able to get to this point in its product evolution without the help of battery maker Northvolt and ABB. Both companies have been instrumental in providing the technology to make this transition from diesel to electric operation.

As part of this new range, Epiroc is committed to its Battery as a Service offering. This will see the mining OEM provide a warranty for the battery and provide both software and hardware updates on an annual basis.

“Our battery system will improve every year with improvements in the battery cells,” Svedlund said, explaining the modular design of the machines and batteries allowed this. He said the company was even prepared for a future switch to solid-state batteries.

By shifting the battery element of these machines from a capex to opex item, providing the widest range of battery-electric mining equipment across the market and remaining open to changes in both the battery chemistry and system, the company is hoping to differentiate its machines from its competitors. 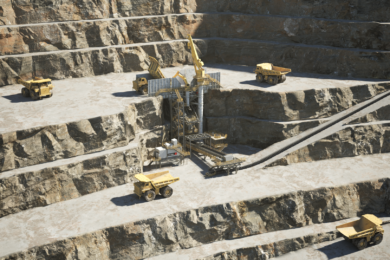 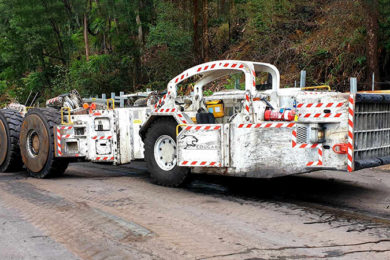