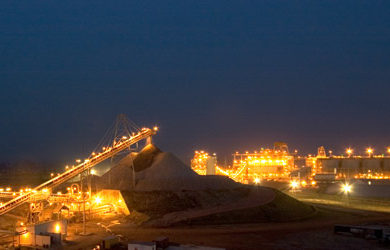 Newmont Mining Corp has achieved commercial production at the Subika underground project, adding higher-grade, lower-cost gold production at the Ahafo mine in Ghana. Subika underground represents Newmont’s third profitable expansion in 2018 and its tenth completed project since 2013. It was delivered on schedule and within budget for about $186 million in development capital.

Beginning in 2019, Subika underground will add average annual gold production of between 150,000 and 200,000 oz/y for the first five years and has an initial mine life of around 10 years. Combined with completion of the Ahafo mill expansion project expected in the second half of 2019, Ahafo’s average annual all-in sustaining costs (AISC) are projected to improve by between $250 and $350/oz compared to 2016. The project has an expected IRR of more than 20%.

“In addition to increasing gold production and lowering costs at Ahafo, Subika underground leverages the operation’s existing infrastructure and experienced workforce to further extend mine life,” said Gary Goldberg, Chief Executive Officer. “The mine provides an underground platform to explore additional upside potential in adjacent ore bodies and also includes some of the latest fit-for-purpose technologies to enhance safety, productivity and efficiency.”

Over the last five years, Newmont has successfully built 10 new mines and expansions on four continents – on or ahead of schedule and at or below budget. These projects include Akyem and the Phoenix Copper Leach in 2013, the Turf Vent Shaft in 2015, Merian and Long Canyon in 2016, the Tanami Expansion in 2017, and Twin Underground and Northwest Exodus in 2018. The company also completed a value-accretive acquisition of Cripple Creek and Victor in 2015 and delivered a profitable expansion at the mine in 2016.