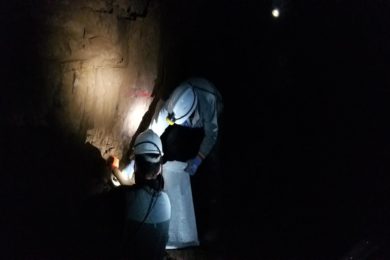 European Electric Metals has engaged the Nordmin Group of Companies to undertake a site inspection and to comment on the apparent condition of the surface and underground infrastructure and equipment of the Skroska project in Albania.

The site inspection will allow Nordmin to judge whether the existing underground workings and mine equipment can be used if the operations at the Skroska mine are restarted at present capacity of approximately 200 t/d. It will also allow the company to ascertain the requirements for potential expansions.

The deposit occurs between the ultramafic rocks below and limestone on top or as a capping. The limestone is a competent rock making it an excellent candidate for use as a natural roof for the open stope underground mining method employed historically at the mine and proposed for the future.

The Nordmin Group of Companies is a 100% North American owned and operated provider of comprehensive EPC and EPCM solutions worldwide to industrial sectors spanning resource and project definition through construction and site closure. The group includes Nordmin Engineering, Nordmin Constructors and Nordmin Operators, and is based in Thunder Bay, Ontario with offices in Sudbury, Ontario, Kamloops, British Columbia and Salt Lake City, Utah.

European Electric Metals expects the technical team of Nordmin to be on site in December.