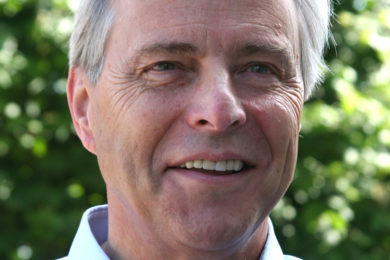 For the first time since the crisis years, post-2013, there will be an increase in the turnover generated by the German mining equipment manufacturers this year, according to Germany’s Mechanical Engineering Industry Association (VDMA).

The bulk of this growth is expected to come from overseas markets, according to the VDMA.

“For German manufacturers of mining equipment, the domestic market now only plays a minor role in their business plans, with a total turnover expected to decline by 22% to €90 million in 2018,” the VDMA said.

According to Michael Schulte Strathaus, Chairman of VDMA Mining (pictured), the current policies in Germany demonstrate little affinity for the business of raw materials, and therefore mining, and are highly unlikely to provide any impetus for domestic business.

And, some 25% of exports are delivered to EU countries, a figure which has declined from the 31% achieved in 2017, with the biggest customers being Italy, Austria, Poland, France and Belgium.

Schulte Strathaus said the market is primarily marked by major infrastructure projects that will gradually be completed with no adequate replacements in sight. The VDMA, therefore, expects stagnant exports to EU countries in 2019, with a slight increase at best.

On the more positive side, the US’s share of the total export volume will increase from 15% in the past year to 17% this year, according to the VDMA.

Schulte Strathaus cited President Donald Trump’s changes to energy policies as one of the reasons for this development.

“Restrictions have been loosened, an effect which has led to an increased use of hard coal mined in the USA. This has led to considerable demand for machines that can increase productivity, and consequentially, profit; a development which benefits German manufacturers, in particular. The industry is expecting a further moderate increase in exports to the USA in the coming year,” the VDMA said.

And, German mining equipment manufacturers are also enjoying healthy business with China, with the export share to the country expected to increase to 10% this year from 7% last year. Schulte Strathaus said policymakers in China now grasped that establishing high-performance mines can only be realised to a limited extent with only domestic technology.

“German manufacturers provide technologies that are either unavailable in China or only available to a very limited degree, however, China is making considerable efforts to close existing technology gaps,” the VDMA said.

Schulte Strathaus said: “We still have an edge when it comes to extraction technology, especially in underground mining. However, we do not know how long we will be able to maintain our lead, or perhaps expand it.”

The industry expects that its exports to China will increase further over the coming year.