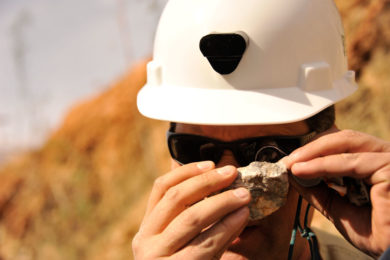 Hecla Mining is carrying out ore sorting proof of concept work at its San Sebastian silver-gold mine in Durango, Mexico, CEO Phil Baker told attendees at the Mines and Technology conference this week.

Baker said an algorithm based on X-ray Fluorescence (XRF) technology was determining whether the rock coming through from the mine was ore or waste.

The company’s concession holdings in Durango are in the middle of the prolific Mexican Silver Belt and cover approximately 42,000 ha. Mineralisation in the district is structurally controlled and hosted in sedimentary rocks, with many companies in the region mining high-grade veins.

Hecla is weighing up whether to start mining sulphide ore at the deposit, which could potentially extend the mine’s life by some five years.

While Baker said test work on XRF ore sorting at San Sebastian was ongoing, he did see potential for the technology being applied across the mining sector.

“The real issue with ore sorting is: what is your recovery going to be? How much are you going to lose? And, we’re still working through that (at San Sebastian). But I have high hopes for this being a complete gamechanger for the industry,” he said at the event in London.

“The cost of sorting is quite low. If you’re able to get a high enough recovery, then you can afford to do more productive methods of mining for small tonnage operations. It could completely change how you go about mining.”

Last month, Agnico Eagle Mines said it was in the process of installing an ore sorting pilot plant at its Pinos Altos gold-silver operation, also in Mexico.