Rio to consolidate technology developments with Koodaideri iron ore mine 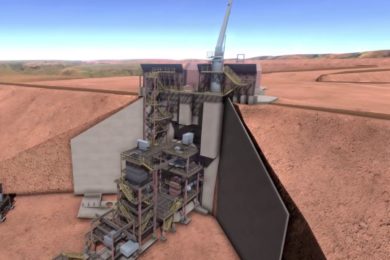 Rio Tinto says it will develop its most technologically advanced mine following the full approval of a $2.6 billion investment in the Koodaideri iron ore mine in Western Australia.

Koodaideri will deliver a new production hub for Rio Tinto’s iron ore business in the Pilbara, incorporating a processing plant and infrastructure including a 166 km rail line connecting the mine to the existing network.

Construction on Koodaideri Phase 1 will start next year with first production expected in late 2021. Once complete, the mine will have an annual capacity of 43 Mt, underpinning production of the company’s flagship iron ore product, Pilbara Blend.

“The project will increase the higher-value lump component of the Pilbara Blend, subject to market conditions, from the current average of about 35% to around 38%. It is expected to deliver an internal rate of return of 20% and capital intensity of around $60/t of annual capacity, highly competitive for a new mine considering the additional infrastructure of rail spur, airport, camp and road access required,” the company said.

The operation has been designed to use an increased level of automation and digitisation, helping to deliver a safer and more productive mine, which is expected to be Rio Tinto’s lowest cost contributor to its industry benchmark Pilbara Blend product.

“Through the use of digital assets, advanced data analytics and automation, Rio Tinto expects to significantly enhance the operation and maintenance of this new mine,” Rio says.

Rio Tinto CEO J-S Jacques said: “Koodaideri is a gamechanger for Rio Tinto. It will be the most technologically advanced mine we have ever built and sets a new benchmark for the industry in terms of the adoption of automation and the use of data to enhance safety and productivity.

“As we pursue our value over volume approach, targeted high-quality investments such as Koodaideri will ensure we continue to deliver value for our shareholders and Australians.”

The investment is underpinned by an orebody of high-quality Brockman ore more than 20 km long and 3 km wide. This contains some 269 Mt of proven reserves and 329 Mt of probable reserves.

In addition to mine infrastructure, an airport, mine support facilities and accommodation for employees will be built. Throughout the construction period Rio Tinto expects to employ over 2,000 people with 600 permanent roles created once the mine is operational.

Since completion of the prefeasibility study in 2016, additional capital has been included for productivity enhancements to increase capacity to 43 Mt, from the 40 Mt base case. The project scope was also broadened to incorporate significant safety improvements and the development of additional infrastructure such as an airport and site access roads. Cost inflation for labour and materials also contributed to the capital increase.

A $44 million prefeasibility study into Koodaideri Phase 2 has also been approved. The expansion could increase annual capacity from the Koodaideri production hub to 70 Mt and beyond. A final investment decision is subject to study outcomes and Rio Tinto’s value over volume approach, Rio said.

Koodaideri will feature technology already in use across Rio Tinto, such as autonomous trucks, trains and drills, and implement systems connecting all components of the mining value chain for the first time.

“The development will consolidate everything Rio Tinto has learned from its studies into finding advanced ways to extract minerals while reducing environmental impacts and improving safety, known as the Mine of the FutureTM programme,” the company said.

Koodaideri has more than 70 innovations in scope including:

Koodaideri is some 35 km northwest of Rio’s Yandicoogina mine, and about 110 km from the town of Newman in the Pilbara region. The development remains subject to final Western Australian government approval.

IM found out more about the Koodaideri development recently, carrying out a Q&A with Matthew Holcz, Managing Director of Planning Integration and Assets of Rio’s iron ore division. This article was featured in the November issue of IM.