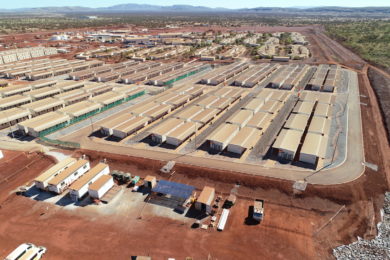 Decmil Group’s wholly-owned subsidiary, Decmil Australia, has been awarded an extension to its contract with BHP at the Mulla Mulla camp in Western Australia.

The works, which upgrade and expand the existing Mulla Mulla village, will support current operations at Mining Area C and the South Flank iron ore project, the latter of which is currently in execution.

The 80 Mt/y South Flank iron ore project is aimed at sustaining BHP’s Western Australia iron ore production as the Yandi mine is exhausted over the next five to ten years. The South Flank deposit is around 130 km by road northwest of the town of Newman, and approximately 8 km to the south of the company’s existing Mining Area C operation.

BHP commenced its first blast at the project in September and expects first ore extraction to take place in 2021.