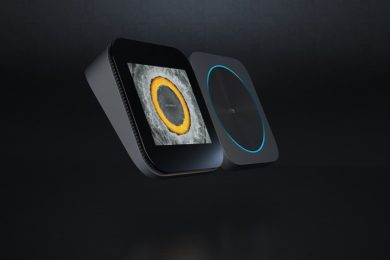 ICSP Neural uses artificial intelligence to prevent known and unknown attacks on Internet of Things (IoT) and operational technology (OT) environments by detecting and providing protection against malware on USB devices, Symantec says. It scans, detects USB-borne malware, and sanitises the devices, according to the company.

“Existing ICSP deployments have shown that up to 50% of scanned USB devices are infected with malware,” Symantec says.

OT is mission-critical in industries such as energy, oil and gas, mining manufacturing, and transportation, but legacy systems are often outdated and nearly impossible to secure with traditional end-point security, according to Symantec.

“Companies have typically relied on un-scanned USB devices to update these systems, increasing the potential for malware infection and targeted attacks.

“The threat of cyber warfare – including physical damage and personal safety – is very real and the consequences are potentially devastating. Despite this, the industrial control systems that power critical infrastructure often run on outdated Windows systems leaving them vulnerable to both known and unknown threats.

“For example, the infamous Symantec-discovered Stuxnet worm (first discovered in 2010) used USB-based malware to manipulate centrifuges in Iranian nuclear plants – ultimately sabotaging a key part of the country’s nuclear programme. To help combat this type of threat, the US government elevated its Cyber Command to a full combatant command in May 2018.”

Patrick Gardner, Senior Vice President, Advanced Threat Protection and Email Security, Symantec, said: “USB devices are given away at events, shared between co-workers, and reused again and again for business and personal use, introducing the risk of accidental or malicious infection. The impact of connecting an infected device to a critical system can be devastating,

“Behind the scenes, ICSP Neural will retrofit existing infrastructure with a central nervous system to provide protection for critical infrastructure. On the front end, a rugged aluminium design embodies a simple, intuitive user experience that clearly highlights potential threats.”

Simplifying the scanning process is critical to overall security hygiene, as operational technology environments are often in remote areas or field operations, far removed from an organisation’s IT teams, Symantec said.

“As such, the ICSP Neural scanning process is simple, requiring no specific security or IT training. Once connected, ICSP Neural emits visualisations and real-time signals through the LED light ring that indicate when malware has been detected and sanitised,” Symantec said.

The Symantec-designed neural engine harnesses the power of Symantec’s world-class threat intelligence network to increase detection efficacy by up to 15%, according to the company. It also detects adversarial machine-learning attempts and initiates self-learning to provide protection against unknown threats.

“The AI-powered technology can learn in real-time, leading to sustained efficacy with limited internet connectivity – up to twice as long. These artificial intelligence and organic self-adaption capabilities can protect organisations against emerging and future attacks.”

“The neural engine enables high-intensity detection with near-zero false positives (as low as one hundredth of a percent). These capabilities are accomplished using just a tenth of the bandwidth of other similar solutions – an indispensable feature for systems using VSAT connections.”

ICSP Neural supports a range of OT and IoT devices and systems. The optional enforcement process prevents use of un-scanned USBs with less than a 5 MB installation footprint and can be deployed on operating systems from Windows XP to Windows 10 (Linux support is planned in 2019), Symantec says. It complements the latest version of Symantec’s Critical System Protection (CSP) software; a flexible and compact behavioural security engine built with application whitelisting, infused with anti-exploits for managed or standalone devices.