Platreef forging ahead with massive PGM, copper and nickel resources 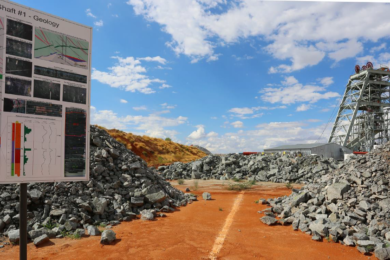 Mine development is now underway on the 850-m level at Ivanhoe’s Platreef platinum-group metals, nickel, copper and gold project in South Africa. Shaft 1’s continuing advance has intersected 29 m of high-grade mineralization from underground mine development beginning at a depth of 780 m.

Platreef’s long-term processed wastewater agreement has been finalized to supply most of the bulk water needed for the first phase of production and Platreef is positioned to become a major producer of palladium, which recently became more valuable than gold.