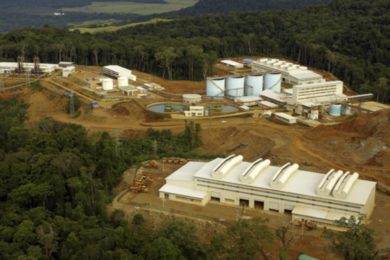 Cobalt 27 Capital Corp has entered into a definitive scheme implementation agreement with Highlands Pacific Ltd dated January 1, 2019, pursuant to which Cobalt 27 will acquire all of the issued ordinary shares of Highlands that it does not own by means of a scheme of arrangement under Part XVI of the PNG Companies Act in Papua New Guinea. Anthony Milewski, Chairman and CEO of Cobalt 27, stated: “The acquisition of Highlands will allow Cobalt 27 to gain a direct interest in the Ramu nickel-cobalt mine and materially increase its attributable exposure to the mine’s nickel production from 27.5% to 100% and cobalt production from 55% to 100%, relative to the previously announced Ramu Cobalt Nickel Stream. It does so at nearly half the cost of the previously announced Ramu Cobalt Nickel Stream, provides increased balance sheet flexibility, and enhances value for Cobalt 27 shareholders. It also brings cash flow to our business, something we have told our shareholders was important from the beginning.”

Cobalt 27 will acquire all of the issued ordinary shares of Highlands that it does not already own for an all-cash offer price of A$0.105 per share. The Base Purchase Price consideration offered for all of the Scheme Shares is valued at approximately $70 million, of which $61 million is anticipated to be funded with cash consideration and available credit assuming the PanAust Buy-Back Agreement (as defined below) is completed. The Base Purchase Price consideration offered implies a value of A$115 million for all of Highlands’ shares, including those already held by Cobalt 27 and PanAust Ltd and its subsidiaries. Cited key highlights of the transaction include:

Highlands’ key asset is its 8.56% interest in the Ramu nickel-cobalt mine located near Madang on the north coast of PNG. Following repayment of Highlands’ attributable Ramu construction and development loans, Highlands’ ownership would increase to 11.3%. Ramu is majority-owned and operated by Metallurgical Corporation of China Ltd (MCC) which holds a 67.02% stake in MCC-JJ Mining which owns 100% of MCC Ramu NiCo Ltd, holder of an 85% joint venture interest in Ramu. The Government of PNG and local landowners own a 6.44% stake in Ramu, which would increase to 8.7% upon repayment of construction and development loans. The Ramu mine was financed and constructed by MCC for $2.1 billion which, at the time, was China’s largest overseas mining investment. MCC is listed on the Hong Kong Stock Exchange and Shanghai Stock Exchange with a market capitalisation of approximately $9 billion.

Construction and commissioning of the $2.1 billion Ramu mine was completed in 2012 by owner/operator MCC, as its cornerstone asset in a nickel-focused resource portfolio. Ramu is a large scale nickel-cobalt mine with total estimated reserves of 1 billion pounds of nickel and 100 million pounds of cobalt. Management of Highlands currently estimates a mine life of 30+ years. Ramu produces approximately 3% of annual global mined cobalt as a co-product. Ramu exceeded annual production projections in 2017, reporting net cash flow of $170 million (unaudited), on production of 34,666 t of contained nickel and 3,308 t of contained cobalt, both in excess of nameplate capacity. Ramu is among the most efficient integrated lateritic nickel-cobalt operations in the world, ranking in the bottom half of the 2018 global nickel asset cost curve. 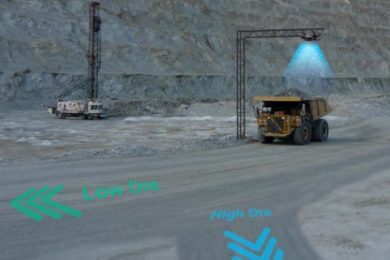