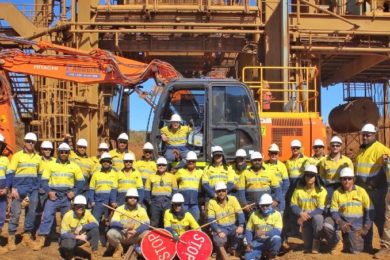 Downer has recently been awarded the preferred supplier role for a five-year rail renewal services contract with Rio Tinto.

The five-year contract, with options to extend for a further five years, builds on the work the company has been delivering for Rio Tinto’s Iron Ore division, including tyre management and track construction. Work has already commenced, according to Downer.

Executive General Manager of Downer’s Infrastructure Projects, Mark Mackay, said: “Our values very strongly align to Rio’s values when it comes to safety, delivery, thought leadership and relationships – this includes how we build and grow relationships and partnerships with local suppliers, contractors and the local community. For example, this new work will see us set a target of 35% local content, including partnerships with local business to develop a Pilbara rail workshop facility as well as the delivery of rail training to improve the skills and capability of local suppliers.”

Matt Baartz, General Manager – Rail Maintenance at Rio Tinto Iron Ore, confirmed Downer has been identified as the preferred supplier for inland renewals, adding: “Downer has a strong safety record and has performed well over a sustained period of time working across Rio Tinto.”