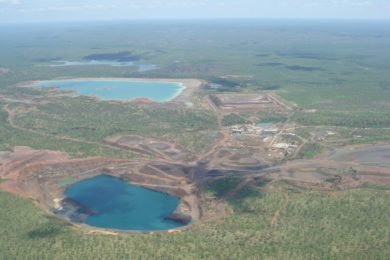 The company has also announced plans to complete fine grinding and leaching tests in the March quarter and to follow these results with updated prefeasibility study (PFS) economics in the June quarter.

As with previous tests, the samples were HPGR crushed at the facilities of ThyssenKrupp Industries in Germany and screened at 16 mm. The coarse fraction (+16 mm) was sent to the facilities of Tomra Sorting Solutions in Germany, where two-stage (X-ray Transmission and laser) sorting tests were completed using production-sized and commercially available equipment. The following table summarises the results of the testing programme for each of the samples and compares these results to previous bulk tests on low-grade samples:

“We attribute these results to the favourable characteristics of the Batman deposit. Simply stated, the gold-containing sulphide minerals and quartz/calcite veining are more easily broken into small particles than the non-mineralised host rock,” he said. “Where this breakage does not result in clean separation from the host rock in the first pass of HPGR crushing, the gold-bearing minerals are easily identified and separated in the ore sorting circuit.”

The results complement Vista’s previously announced fine grinding and leaching test results, Earnest said, adding that he expects them to support additional improvements in the economics of the Mt Todd gold project when the PFS is published later this year.

The crushed and sorted samples have been transported to the facilities of Resource Development Inc, where sample preparation has been completed for assaying and additional fine grinding, leaching and tailings characterisation tests.

“Both tests will target a final product size of 38-45 microns and will generate a sufficient volume of material for subsequent leach tests,” the company said, adding the fine grinding and leach tests were expected to be completed in the March quarter, with final results expected in the following quarter.

The company has completed additional tailings characterisation tests and concluded that no material design changes are required to proceed to the economic analysis using a final grind size of 38-45 microns.