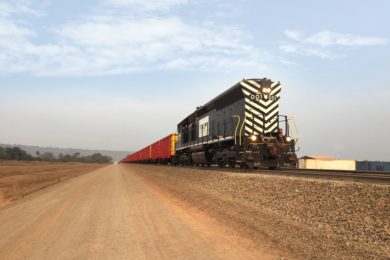 Emirates Global Aluminium has loaded the first batch of bauxite from its under-construction Guinea mining project, with the tonnage travelling from its subsidiary Guinea Alumina Corp’s (GAC) mine to the coast.

Emirates, the largest industrial company in the UAE outside oil and gas, said the 80-wagon train carried some 6,800 t of bauxite ore from GAC’s mine to the company’s facilities at Kamsar. The ore will be used to begin building a base-layer of bauxite at GAC’s new stockyard, according to the company.

First bauxite exports from the project are expected during the second half of 2019.

With a budget of around $1.4 billion, the project is the largest greenfield investment in Guinea in the last four decades.

“GAC has completed rail loops, and spurs to connect its facilities to an existing nearby railway track that is used by other companies. GAC’s locomotives, which were made in the US, and Chinese-made wagons, arrived in Guinea last year,” the company said.

The train took just under three hours to complete the 90 km journey from the mine to the coast, the company noted. GAC is also building port facilities including the unloading yard and an export pier at Kamsar, a well-established bauxite port.

Once the GAC project is fully-operational, up to six loaded bauxite trains a day are expected to make the journey from the mine to the port.

Abdulla Kalban, Managing Director and Chief Executive Officer of EGA, said: “This milestone is the result of many thousands of hours of planning and teamwork in Guinea involving GAC, train operator Compagnie des Bauxites de Guinée, the owner of the existing rail infrastructure ANAIM, and other rail partners.”

Guinea is the world’s largest bauxite resource holder, and EGA’s project is expected to contribute significantly to the country’s exports of the ore from which aluminium is derived. Bauxite from the GAC project will be sold to aluminium producers around the world.

Once full ramp up is achieved, the GAC project is expected to produce some 12 Mt/y of bauxite.

The Guinea project is part of EGA’s strategic drive to expand its business upstream in the aluminium value chain and internationally. The company is also building the UAE’s first alumina refinery at Al Taweelah in Abu Dhabi. This plant will refine bauxite into alumina. 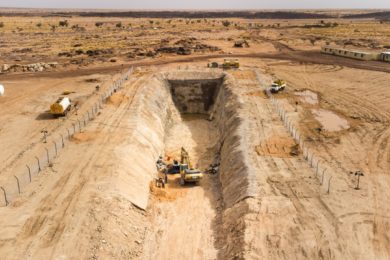