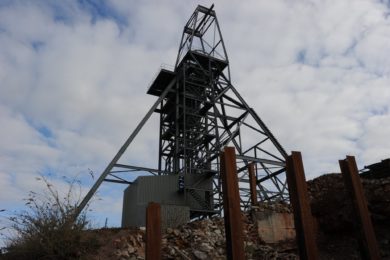 Cornwall Council has voted overwhelmingly in support of a £1 million ($1.3 million) investment into Strongbow Exploration, according to the tin-focused company.

The news follows a press release late last year that stated the council had voted unanimously in favour of the proposed investment, subject to Strongbow adding a dual listing on the London’s AIM exchange to its existing Toronto listing.

Richard Williams, Strongbow CEO, said: “We welcome this very positive decision for the project, which reflects the high level of cooperation between the local community, Cornwall Council and Strongbow, where all parties share the common goal of responsible mine development in an urban environment and high quality job creation.

“We look forward to advancing the project to a production decision.”

Cornwall Council Cabinet Portfolio Holder for Planning and Economy, Bob Egerton, said: “Cornwall has a global reputation for exporting expertise and knowledge in mining and the council is clear in its desire to support this sector to re-start production in Cornwall and bring with it much needed high-value jobs. If successful, restarting mining at South Crofty could create over 300 jobs and make a real difference to an area with high levels of deprivation.”

South Crofty is an iconic former producing copper and tin mine located in the towns of Camborne and Pool, Cornwall, England. The first documented production history from South Crofty dates back to 1592, and it was the last tin mine to close in Cornwall in 1998.

The project received an underground permission (mining licence) in 2013, which is valid until 2071, and planning permission to construct a new process plant in 2011. In October 2017, Strongbow was successful in securing a water discharge permit allowing for the dewatering of the now flooded mine workings.

Strongbow is now focused on completing the listing on AIM and completion of the water treatment plant so the mine can be dewatered. Strongbow plans to bring the project to a production decision and complete a feasibility study in parallel with the mine dewatering process.

A 2017 preliminary economic assessment on South Crofty outlined an eight-year project that mined 2.575 Mt of mineralised material with an average grade of 1.55% Sn-equivalent. Strongbow estimated it would require $118.7 million in pre-production capital expenditure to get the mine re-started.