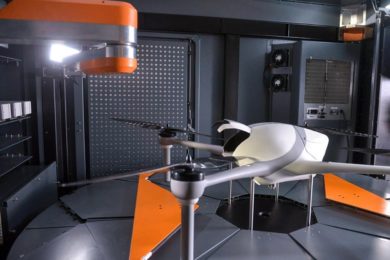 Airobotics has introduced LiDAR capabilities to its lineup of automated drone solutions, significantly reducing the time it takes for aerial data to be collected.

The announcement came at the same time as it declared record growth in 2018 and an expansion of its executive team in its new Scottsdale, Arizona headquarters.

Until a few years ago, the use of LiDAR was not possible with an aircraft as the sensors were hefty and required manual data processing, according to Airobotics. “Today, LiDAR images are captured and processed quickly in the cloud, allowing Airobotics’ customers to make effective decisions based on high-frequency, consistent data capture,” the company said.

“The use of LiDAR significantly reduces the time it takes for aerial data to be collected, even at night or in low light, and allows for rapid turnaround time on data processing,” the company said. “Airobotics’ drones can work with various payloads. In addition to LiDAR, spatial data can also be captured using photogrammetry, video, and infra-red (thermal).”

In addition to this news, Airobotics said it had appointed former Morgan Stanley employee William Atkins as Chief Financial Officer and former Airware Chief Revenue Officer  as its own CRO.

Last week, the company received Australia aviation approval to operate automated multi-rotor drones from its remote operations centre beyond visual line of sight with no aircrew needed at the client site.