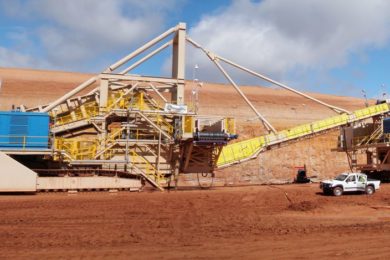 NRW Holdings has entered into an agreement to acquire RCR Tomlinson’s Mining and Heat Treatment businesses for A$10 million ($7.3 million) in cash.

The agreement was signed with RCR’s administrators, which have been offloading various RCR subsidiaries since shortly after the company declared total liabilities of A$581.3 million alongside cash and equivalents of A$89.9 million in its 2018 financial year.

The purchase consideration will be funded from NRW’s existing cash reserves, with the deal expected to complete within the next two weeks, NRW said.

RCR Mining includes the Mining Technologies business, which owns significant intellectual property across a range of products and processes and is recognised as a market leader by global resources clients, according to NRW.

One of RCR’s recent mining technology innovations is a 5 km relocatable conveyor, which includes a semi-mobile primary crushing station and feeds directly into Fortescue Metals’ Cloudbreak iron ore processing facility in the Pilbara of Western Australia.

Both the Mining Technologies and Heat treatment businesses have a high proportion of activity in equipment product support and maintenance (both on site and off site), NRW said, adding that the Heat Treatment business has facilities that include the largest stress relieving furnace in Australia.

Mining Technologies and Heat Treatment generated around A$110 million of revenue in the 2018 financial year and have a track record of delivering positive earnings, NRW noted, explaining the acquisition would be earnings per share accretive on a full-year basis, excluding integration and other one-off costs.

Jules Pemberton, NRW’s Managing Director and Chief Executive Officer, said the acquisition would allow NRW to provide incremental services, in line with its strategic objectives, to several core clients common to both NRW and the RCR businesses.

“In addition, the annuity style income from the maintenance activities of Mining Technologies and Heat Treatment will provide a platform to continue to build a broader service offering across an expanded resources and oil and gas client base.”