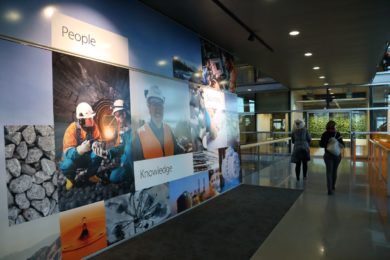 Metso capped off a strong 2018 with a December quarter that saw a more than 50% year-on-year increase in operating profit.

The mining and mineral processing-focused company said market activity continued to be healthy during the quarter, backed up by a 38% rise in orders received (in constant currencies), to €904 million ($1.03 billion). Adjusted earnings before interest, taxes and amortisation (EBITA) came in at €98 million, or 10.4% of sales, while operating profit was €93 million, compared with €60 million a year earlier.

During the quarter, Metso completed two acquisitions – one in its valves business in India and another in the UK related to pyro processing solutions in mining.

The company said demand for mining equipment remained high during the December quarter, with orders growing 35% in the Minerals segment and 19% in the Flow Control segment. “[The] majority of projects (in mining) were related to replacements and brownfield projects,” Metso said, adding: “The demand for services was healthy both from mining and aggregates customers. This was supported by high production rates at mines and the customers’ appetite for productivity improvements.”

In terms of market outlook, Metso said it expected activity in its Minerals business to continue to grow in both equipment and services business. It had the same outlook for its Flow Control business area.

Metso’s President and CEO, Pekka Vauramo, who joined the company in November, said: “We had a strong fourth quarter. Orders received increased in both Minerals and Flow Control year-on-year and sequentially. Our top-line growth was also solid and resulted from improved delivery capability in all businesses.”

He added: “The sales mix continued to tilt towards higher share of equipment than services, which had an effect on our profitability. Most importantly, both our segments grew and improved their profitability year-on-year.”

Vauramo concluded: “Going forward, Metso has a solid position to further improve its performance. We are in a strong position to create value for customers, shareholders and other stakeholders. People, technological knowhow and global presence are our most important assets and we will continue to leverage them.”