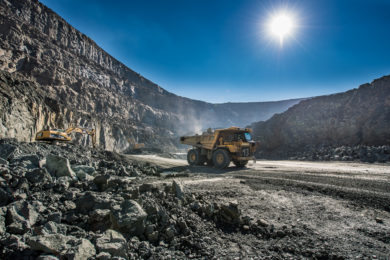 Gem Diamonds looks to be only a matter of months away from commissioning a pilot plant that could help reduce diamond damage at its flagship Letšeng mine in Lesotho.

In the company’s December quarter trading update, it said the $3 million pilot plant could reach the commissioning milestone at the end of the June quarter.

The plant is set to test out both positron emission tomography (PET) to identify diamonds within kimberlite prior to the crushing process, and electric pulse technology to liberate the diamonds at the operation.

During the company’s Capital Markets Day presentation last year, Gem Diamonds said it had carried out due diligence on the PET technology, a sensor-based sorting system that could be applied to scan kimberlite to identify the diamondiferous rocks.

The technical due diligence concluded that the physics of the PET technology applied in the minerals industry was sound and functional, the scalability challenges identified could be addressed in the development and engineering phase, and value engineering was required to optimise the material handling and associated capital expenditure.

In tandem with this, the company has looked at ways to liberate the diamonds identified by the PET technology without causing damage.

In collaboration with the University of Johannesburg, it has developed a non-mechanical crushing system that uses electrical power to break the kimberlite. During last year, a prototype of this electric pulse technology was developed and successfully tested in Johannesburg, with further testing at higher altitude already being carried out at Letšeng.

Gem said on its website: “The group believes that the advancement of these and other technologies to detect and liberate diamonds within kimberlite will change the future processing paradigm, with a commensurate increase in the overall profitability.”

The pilot plant is initially expected to process tailings as part of the development of these technologies.