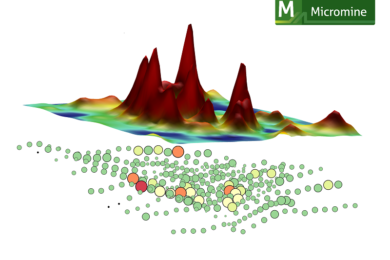 MICROMINE says the next major release of its exploration and mine design software, Micromine 2020, will no longer support installation or use on computers with a 32-bit processor.

There are a number of technical reasons why the company has made this move, mainly revolving around the ability to access more RAM, MICROMINE said.

Thirty-two-bit processors are limited to 4 GB of RAM, which is starting to become a limitation to functionality in Micromine, especially in some of the future development projects the company has planned for users, the company said.

Additionally, the development effort to support both 32-and 64-bit processors was high and impacted on the company’s ability to deliver new functionality to MICROMINE’s clients, it said.

Mark Gabbitus, Strategic Product Manager for Micromine, said: “We surveyed all of our regional offices, prior to making this decision, to ensure that this would not significantly impact our clients. We appreciate that there are probably a few older computers out there with 32-bit processors running Micromine that will need to do a hardware upgrade but we felt that the time was right to make this move.”