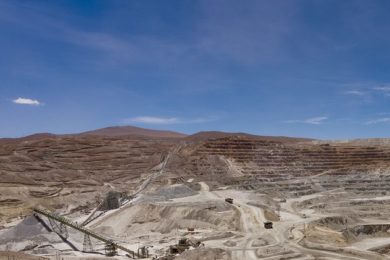 “IDE’s experience in South America and worldwide, and their commitment to high environmental standards were key factors in their selection for the QB2 project,” said Karl Hroza, Project Director, QB2, Teck.

IDE has extensive experience designing large-scale modular RO plants for the mining sector and is aware of the common practices and the challenges facing the mining industry. IDE’s modular solution simplifies the installation of the plant while reducing installation and startup time and cost. IDE will work closely with Teck to ensure that the QB2 desalination plant meets its availability and reliability goals.

“We’re excited to partner with Teck in providing high-quality water in an economical and sustainable manner, to support the expansion of this mine,” said Guy Sagie, CEO, IDE Projects. “Our modular SWRO desalination design is an excellent solution for remote locations due to the use of prefabricated modules with minimal maintenance requirements. Once completed, the QB2 desalination plant will deliver a consistent and reliable supply of water for daily mining operations.”