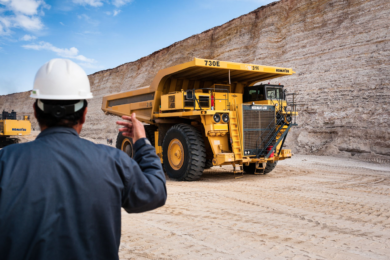 OCP Group and Cummins Africa Middle East have announced the signing of a strategic partnership related to the implementation of a Master Rebuild Centre (MRC) for Cummins High Horsepower engines in Khouribga, Morocco. The new facility will serve both North and West Africa and the scope of the agreement includes the on-site maintenance of the Cummins engines. The building of the new MRC is a result of a feasibility study conducted by Cummins in several countries in Africa, with the final decision zeroing in on Morocco. OCP operates a large fleet of mining trucks at its phosphate mines, including 186 t capacity Komatsu 730E-7s with 2,000 hp SDA16V159 Cummins-built engines. OCP operates overall four mining sites in Khouribga (Sidi Daoui, Merah El Ahrach, Sidi Chennane and Béni Amir), three in Gantour (Benguérir, Bouchane and M’Zinda) and one in Boucraâ

The MRC will be based at the heart of OCP Group’s industrial ecosystem, within the Fertiparc of the Oued Zem Complex, located in Khouribga. This partnership is the first investment in this new industrial area, which offers an attractive environment for investors (connectivity, rental model, etc), thus boosting the regional economy and stimulating job creation. The MRC will be operational by 2021 and will have an area of 14,000 m2 and the capacity to complete 100 engine rebuilds per annum. Cummins’ investment in equipment is estimated to be approximately 40 million Moroccan dirhams (about $4.2 million) and the expected job creation is estimated to be 75 jobs, composed mainly of technicians and engineers. “These employees will be hired locally and will benefit from Cummins’ in-house training that focuses on skills transfer and delivering excellent customer support.”

This will be the 16th Master Rebuild Centre for Cummins globally; the 2nd in Africa and the 1st in the North and West Africa Region. The new facility will be equipped with the latest tools and have state-of-the-art technology. “If it is the most recent, it will be the best,” commented Rachid Ouennich, Managing Director, Cummins Distribution Africa Middle East. The MRC consists of an industrial platform intended to receive Cummins High Horsepower engines at the end of their lives, which will be brought in from 20 countries in the North and West Africa regions. These engines, once delivered to the MRC, will be completely disassembled and inspected for defective components. They will then be re-assembled using Cummins genuine new or recon parts and tested on an engine dynamometer in order to ensure that they have reached a new life performance.

The rebuilt engines will be finally returned to customers in the 20 countries in North & West Africa and are guaranteed as new. Beyond the optimisation of costs and performance of the targeted engines, this partnership reflects the commitment of OCP Group and Cummins to the socioeconomic development of Africa. “This strategic partnership implements our ‘triple win’ model which combines improved performances for OCP, best-in-class operations for our partner and a structural impact for our ecosystem,” said Iliass El Fali, Executive Vice-President Industrial operations, OCP Group.