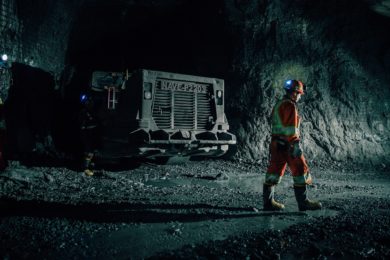 The operation, which mines the Bracemac and McLeod deposits, first installed the MET system back in 2016 on trucks and LHDs in order to maximise its haulage efficiency. It has ended up doing much more, according to a case study from Newtrax.

Newtrax said: “Glencore Matagami mine has been faced with a continual challenge: how to haul ore to the surface most efficiently. Normally, this isn’t the most difficult challenge a mine faces but, at Matagami, all their ore is hauled with trucks.

“Efficiency is vital at the mine because those haulage trips are more than 8 km in each direction. The huge distance means it’s essential to get every tonne possible onto the truck before it heads to the surface.”

MET solutions provide mine operators with essential information and indisputable data pulled directly from mining equipment, according to Newtrax. “The ability to access this data empowers mining companies to understand the precise manner in which their machines are being used, how well each individual machine is functioning, and can offer predictive suggestions to increase both productivity and profit,” the company said.

“The MET works with all equipment brands and models, and was easily integrated to Matagami mine’s mixed fleet of trucks and LHDs,” Newtrax added.

Glencore Matagami mine used the system in multiple ways, including to monitor the standard production times of equipment; to calculate utilisation of ore haulage; to calculate overall equipment effectiveness (OEE), and; to calculate loads per cycle. 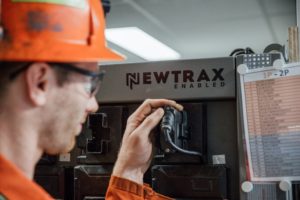 Christian Ngoma, Underground Operations Superintendent of Matagami, said Newtrax technology allowed mine management to get a clearer idea of what is actually going on, thanks to hard data.

“The Newtrax system enables us, from a managerial perspective, to make decisions based on facts that are measurable, instead of perceptions,” he said.

Glencore Matagami installed a custom fit Payload Monitoring System, which interfaces directly with the OEM’s existing sensor network. This, according to Newtrax, enables:

Ngoma said: “We now have production trucks equipped with Newtrax scoreboards to show tonnage, and the LHD operators use this tool to load the trucks in an optimal way. We now noticed that four out of five of our trucks have an average tonnage of approximately 60 t in comparison to 55 t before.

“The impact of that technology is to optimise the loading of trucks. Especially with the long haulage distance, that is our biggest challenge here.”

Since implementing the solution, Glencore Matagami has been able to raise its average tonnage from 55 t to 60 t, which has increased productivity; especially given the long haulage distances the operation is facing.

Trucks currently travel 8 km on an average cycle, but there is a possible extension to 10.4 km in the coming years, Ngoma said.

After using the Newtrax MET system for one year, the Glencore Matagami team observed the following results, according to Newtrax:

Glencore Matagami Haulage Team Supervisor, Dany Lavoie-Mercier, said: “The standard production time report is an improvement that is more representative of our daily operations. From personal experience, after having presented it to my team, I presented it again the following shift and there was a clear difference in our operations. Everything was optimised from one shift to the next.”

Solutions provided by Newtrax can be used across a number of platforms and systems, allowing for easy adaptability, the company said.

Mohammed Lamine-Lamrani, Reliability Engineer at Matagami, said: “The Newtrax system enables us to transfer data via different networks, which facilitates its adoption into different mines. The system helped us identify the different delays of activities, in terms of our machines, which allowed us to intervene, improve, and increase our OEE.”

Matagami Mine General Manager, Mark Furlotte, said digitalising the operation is part of the company’s plan for keeping the mine looking to the future.

“At Glencore, and Matagami mine, we really want to continue investing on our people, our infrastructure, and our assets. And one of the areas we want to continue investing in is technology,” Furlotte said. “We want to take things that are done elsewhere in the industry – things that are done in open-pit mines – and really bring that underground. We really want to be considered as one of the innovative mines around not only Quebec, Canada, but also the world.”