Fortescue on the lookout for more automation and AI opportunities 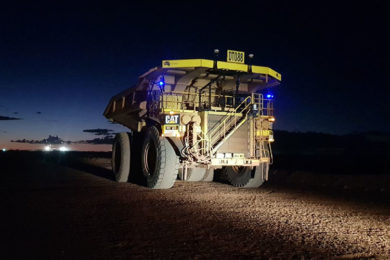 In Fortescue Metals Group’s half-year report to end-December, the company provided an update on its haul truck automation retrofit project at its Chichester Hub iron ore operations, while commenting on the performance of its innovative relocatable conveyor.

For the six months to December 31, FMG shipped 82.7 Mt (84.5 Mt a year ago) of iron ore from its Pilbara operations, generated a net profit after tax of $644 million ($693 million a year ago) and posted underlying earnings before interest, taxes, depreciation and amortisation of $1.6 billion ($1.8 billion a year ago).

As of December 31, 2018, FMG said 44 trucks had been converted with autonomous haulage technology (AHS) at Chichester Hub as part of its automation rollout.

Once complete, the conversion of approximately 100 haul trucks at its Christmas Creek and Cloudbreak operations (which both make up the Chichester Hub) will see Fortescue become the first iron ore operation in the world to have a fully autonomous operating fleet, it said.

The company also provided some commentary around the relocatable conveyor it has been using to cut costs and improve productivity at its Cloudbreak mine.

The conveyor, commissioned in May 2018 by RCR Tomlinson, doubled its throughput in the September quarter, according to FMG.

Fortescue said: “The five-kilometre conveyor includes a mobile primary crushing station that feeds directly into the ore processing facility. The relocatable conveyor and mobile crushing facilities can be positioned in close proximity to pits and relocated once mining in that area is complete.”

FMG concluded on innovation: “The company continues to look for opportunities for automation and artificial intelligence to drive greater efficiency across the business, including the use of data to predict outcomes and optimise performance, the expansion of autonomous mining and the application of relocatable conveyor technology.”