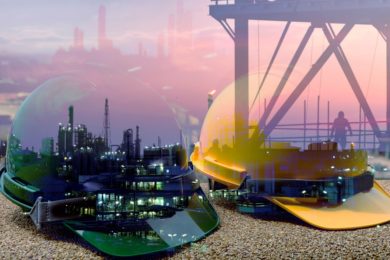 A study presented by McKinsey’s Matthieu Dussud at the Prospectors and Developers Association of Canada’s (PDAC) annual convention has shown one in five “mega projects” completed between 2008-2018 suffered significant cost and schedule overruns.

Out of the 41 projects surveyed – all with a capital expenditure of $500 million or more – 19% suffered a budget overrun of more than 100%. Of these projects, the average schedule delay was 29 months, Dussud said.

Some 44% of the 41 projects were hit by budget overruns of 15-100% – with an average seven-and-a-half month delay – while 17% were “within estimate” coming in less than 15% over the capex budget. Of those projects surveyed, just 20% suffered no cost or time overruns, Dussud said.

The reasons for these problems were multi-faceted, but Dussud, an Associate Partner at McKinsey and Co, said the company’s study had shown a strong correlation between the budget overrun and project size.

Dussud also said underground mines and higher elevation facilities underperformed against their baselines more consistently in the study, with mining projects built above 3,000 ft (914 m) running overbudget by, on average, 47% and underground mining projects running overbudget by, on average, 55%. Open-pit mines, meanwhile, fared better with 42% of these suffering capital overruns.

McKinsey and Dussud ranked the root causes of mega-capital project cost and schedule overruns in the study, with a difference of opinion seen between owners and contractors.

Both parties agreed that increasing project and site complexities was the biggest problem of eight, but the rankings differed from there on.

From one to eight, mine owners ranked the root causes as follows:

The contractors, on the other hand, had the ranking as follows:

This included establishing a prescriptive standard for feasibility studies – part of a broader stage-gate process; building in a systematic and holistic value improvement step to avoid “gold-plating”, and maximising project economics within the owner’s feasibility study approach; leveraging granular benchmarks (including construction productivity metrics) to validate inputs and capex/opex estimates; embedding construction planning, operations readiness and marketing strategy at every step of project study development to de-risk execution and operations; and investing time, effort and management focus on building and optimising an integrated master schedule.

The other three recommendations were: