Glencore, Redpath and Sandvik in it for the long haul at Lady Loretta 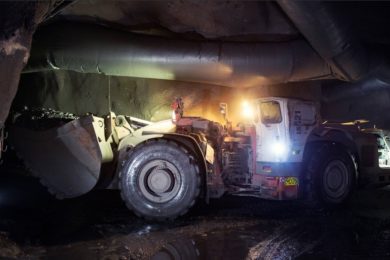 Redpath’s responsibilities at one of the world’s highest-grade zinc operations range from crushing the ore it extracts and loading it onto road trains for haulage to Glencore’s processing facility in Mount Isa, Queensland, to managing the camp and keeping lawns manicured, Sandvik said.

“Redpath also holds full statutory responsibility for the operation, a unique role for a contractor typically tasked with driving a decline or undertaking development and production,” Sandvik said.

John McKinstry, Redpath’s Operations Manager for Lady Loretta, said: “Operating a mine is an exciting proposition for Redpath. A normal contractor scope is to put down a heading or undertake a specific task, but we have a much broader scope here. The infrastructure’s already in place, so it’s quite a different role for a contractor. Being a life-of-mine contract is unusual in itself. Most mines evolve as you develop and find more ore, but this orebody is very well-defined.”

Redpath recommissioned the mine within months of winning the contract, firing the first development round in March 2018. Production ramped up quickly and, by July 2018, Redpath was meeting Glencore’s production and development targets. Monthly production grew to 100,000 t, with a full production capacity targeting 133,000 t/mth.

The contract length enabled Redpath to invest in a brand-new fleet for Lady Loretta, according to Sandvik.
McKinstry said: “We wanted to meet or exceed targets right from the start, so we brought in new, cutting-edge technology to minimise operating costs and maximise productivity, knowing that we’ve got a good life to work the equipment over and amortise assets.” 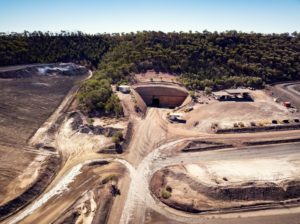 Two Sandvik DD421 jumbos with 10/16 split feeds have outperformed since commissioning, according to the mining equipment maker. Redpath has consistently achieved 400 m/mth of development using one Sandvik DD421, with the second serving as a backup and handling any rehabilitation work.

Ore is removed by a fleet of four Sandvik LH621 LHDs. Two are operated conventionally for development, manual production and truck loading while the other two are equipped with AutoMine Lite for remote operation.

“The 621, I think, in a lot of people’s eyes at the moment is probably the loader to be using in the bigger operations,” McKinstry said. “It’s a big machine. It’s a very productive machine, very comfortable machine for operators, and then having the AutoMine on top of that just means it really sells itself in many ways.”

McKinstry said: “There’s a long period of time from when a blast occurs to when you can re-enter the mine. If we can operate those machines from the surface over shift change, we can pick up up to a couple of hours a day in productivity. The other thing about AutoMine is that it does the same thing time and time and time again without banging the walls. It really does just run the perfect line each time.”

Redpath runs three levels at any one time, optimising the loading process.

The connectivity provided by a Wi-Fi network underground has not only enabled Redpath to implement the automated loading from the surface, the contractor can also monitor and manage its fleet in real time through My Sandvik Productivity, the cloud-based version of OptiMine Monitoring, Sandvik said.

“OptiMine has been synonymous with equipment monitoring in the Australian mining industry since its first installation in 2014,” Sandvik said. “My Sandvik Productivity mobile fleet monitoring allows Redpath to keep tabs on equipment condition online and act more quickly to remedy any issues that arise.”

The solution provides detailed, readily analysed data. Each connected LHD collects data onboard and uploads it when it comes within range of a Wi-Fi antenna. The data can be accessed from any computer or tablet, according to Sandvik.

Lady Loretta Maintenance Manager, Shane Timothy, said: “When it brings up log codes and faults and alarms, it actually tells you what that means. So you can hover across your icons, for instance, where it says that there’s a brake fault, and it would tell you that your operator is perhaps pressing the brake and accelerator pedal at the same time, which isn’t something that we want them to be doing unless they’re going at a very low ground speed.”

McKinstry believes having better-informed operators who understand their equipment and its limitations will reduce downtime: “We hope that by giving operators the feedback that they’ll change their behaviour in their operation of the machines. And, if we can address it early, then I believe we’re going to get better availability out of this equipment.”