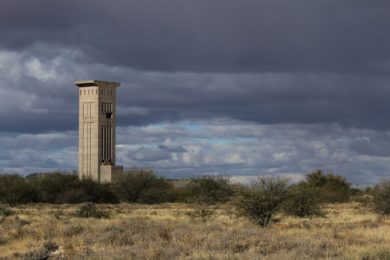 Orion Minerals, through its subsidiary, Repli Trading No 27, has entered into a collaboration agreement with juwi Renewable Energies South Africa to investigate renewable energy generation for its Prieska zinc-copper project in the Northern Cape of South Africa.

The preliminary scope is to investigate the feasibility of generating and supplying 35 MW of electricity for Prieska, from a hybrid power system using integrated wind and solar technologies. The renewable energy generation site will be located within 20 km of Prieska, making the establishment of a dedicated feed via an overhead power transmission line possible, Orion said.

juwi is part of the international juwi Group, one of the world’s leading renewable energy companies. Its business is focused on both solar energy and onshore wind energy. To date, juwi South Africa has built five utility-scale solar plants totalling 121 MW and developed the 138 MW Garob Wind Farm, which will soon start construction.

juwi South Africa also participates in the South Africa Government’s Small Independent Power Producer Program and operates and maintains all its solar projects on behalf of their owners.

In Australia, juwi was recently responsible for the project development, design, construction and now operations of a $40 million, 10 MW solar power facility which came into commercial operation in 2016 at Sandfire Resources’ DeGrussa copper-gold mine in Western Australia. Orion said: “This facility has since attracted international attention as the largest off-grid integrated solar and battery storage facility in the world. With close to three years of operational data and 100% uptime, this successful project has established juwi as leaders in hybrid power supply solutions for mines.”

The investigations into renewable energy solutions at Orion’s Prieska project will complement the ongoing bankable feasibility study, with the additional benefit of potentially improving the base case plan of obtaining national grid power directly from the Cuprum sub-station already established on site, Orion said.

“Developing the renewable energy potential of the region is also a strategic goal of local government, as communicated in its Integrated Development Plans,” Orion said.

The Prieska copper mine operated from 1971 to 1991, employing approximately 4,000 people. The mine milled 46.8 Mt, producing more than 430,000 t of copper and more than 1 Mt of zinc in concentrate. Post May 1987, no more than 2 Mt of ore was blasted, with milling of surface stockpiles carried out from 1989. In 1991, the mine was closed and the site rehabilitated. It now has a defined maiden resource under the Orion ownership of 1.1 Mt of contained zinc grading 3.8% Zn and 365,000 t of contained copper grading an average 1.2% Cu. The deposit is regarded as one of the world’s 30 largest VMS orebodies, according to Orion.